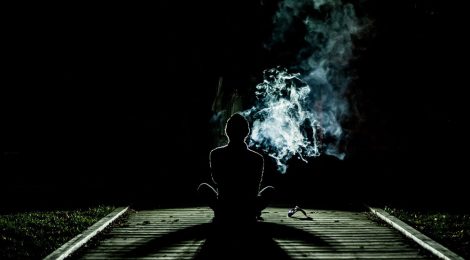 Lessons in the Home to Lessen Homelessness

Years ago, I was kicked out of my home because of my drug use. My single mother sent me to live at a local youth shelter. At the time, I couldn’t understand why she did this. But now I understand better how so many parents don’t have answers. Unfortunately, my story is familiar to many.

In an interview with the Trauma and Mental Health Report, Ben (name changed to protect anonymity), a 16-year-old in a youth shelter, explained that he was initially sent to live with his father. Because Ben’s father could not afford to house him, he was left to live in a shelter. For Ben, being kicked out of his home took a huge emotional toll:

“I don’t know how I ended up here so fast… I felt alone because I have never been away from my mom before. . . leaving is what broke me.” For adolescents who are already involved with illicit drugs, being subjected to the traumatic experience of homelessness can exacerbate the problem. Ben had used drugs only minimally prior to becoming homeless, but once he was on his own he tried MDMA, cocaine, ecstasy and Xanax. His substance-use rapidly spiralled out of control:

“I felt like I couldn’t cope with the problems on my own. If I forget about it tonight then I will deal with it tomorrow, then tomorrow would come, and I’d turn to stronger highs.”

In fact, homeless youth are a particularly vulnerable demographic as they are unsupervised and must cope with the difficulties of their precarious living circumstances, leading them to become more susceptible to addiction. Studies show that binge drug-use and many other high-risk activities are prominent in homeless youth ages 14-26, and with the current opioid crisis in full-effect, these youth may be victims of both fatal and non-fatal overdoses.

For some youth, matters are further complicated by having a parent with a mental illness. Jeff (name changed) described how his mother’s depression prevented her from getting a job, while her anxiety made her unable to confront his drinking problem. When asked how he felt after being evicted from his mother’s apartment, Jeff explained:

“It gave me anxiety—and one of the guys at the shelter said that he hasn’t had anxiety since he started using. . . he was right, and dang, it’s like a medication almost.”

Attempting to thwart his anxiety, Jeff went from drinking relatively frequently to self-medicating with illicit substances available at the shelter. When homelessness increases drug involvement, it leads to long-lasting effects on an individuals’ psychological wellbeing. Anthony (name changed), who now has a four-year-old child, has been in-and-out of the shelter system since he was seventeen. He recently served nine months in jail and upon release he had even less social support, leaving him homeless again. For Anthony, the day things went south in his life was the day his mother first sent him away:

“If you’re already using, you’ll push your use up to 100%. You feel betrayed, upset. I am just getting over it now, and that was like ten years ago.”

Substance use problems are exacerbated once a young adult is without housing, and studies have shown that childhood stressors, mental health issues and family difficulties are prominent contributors to youth homelessness and later substance-engagement.

When asked what could have helped their parents manage their child’s drug-use, Ben responded: “Communication. They don’t know what’s really going on with us.” Similarly, Anthony stressed the importance of compassion, which speaks to the literature surrounding youth homelessness. Research shows that a strong predictor of positive youth development is parental-connectedness. For Jeff, availability of therapy could have made a huge difference:

“There should be programs for adults that have kids, especially single-parents with mental health issues. Good therapists are unaffordable.”

Even if such programs or resources that address these concerns do exist, they don’t in the eyes of Ben, Jeff, Anthony, and more crucially, their respective parents. A helpful parental resource for those facing similar issues comes from an Albertan resource guide for prevention, called, “Kids and Drugs.”

Even though internet-based services have had years to evolve since my mother faced these circumstances; it appears they are not effective enough.  Part of the problem is not the content but rather the accessibility of resources designed to help parents deal with their children.