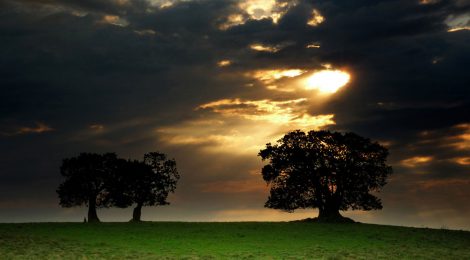 The Lives of 1.5s: An Immigration Story

In 1994, my mother sponsored my brother’s immigration from the Philippines to Canada, where they settled in a predominantly Italian neighbourhood. Though my brother had childhood friends, and participated in extracurricular activities such as baseball, he had a difficult time adjusting to North American culture. Regarding moving to Canada, he recalled:

It is not surprising that my brother experienced distress in his transition to Canada. He had to take English as a Second Language classes, his school taught him Italian and French, and his teachers were Italian by ethnicity, as were his baseball team and many of his childhood friends. Growing up as a Filipino-Canadian immigrant among many friends and role models who looked different affected how my brother adapted to his new environment. A few years later I was born. I was, of course, a Canadian. Growing up, I was easily accepted into the community. I am reminded of one argument I had with my brother growing up.  As I was complaining about something trivial, my brother replied, “You have no idea how easy you have it. You’ve never been bullied because you spoke with an accent… you don’t know how hard it was for me.”

I was suddenly made conscious of my ignorance. I’d been unaware of the difficulties and racial biases my older brother had encountered. He was part of the “1.5-generation.” Researcher Adeleine Conanan Liang describes the 1.5-generation as individuals who emigrated to another country as children or adolescents, and who consequently face challenges that are markedly different from those faced by first and second generation immigrants. Unlike first-generation immigrants, 1.5s spend the majority of their developmental years in another country.  As a result, acculturation becomes difficult, as it includes the challenge of fitting into a new environment while still trying to maintain pieces of home. Such challenges lead to feelings of separation and marginalization rather than feeling integrated into society as a whole.

Canada’s immigrant population has surged in recent years, and in 2016, the Philippines became the top contributor to that fast-growing population. According to Statistics Canada, Filipinos make up the fourth-largest minority group in Canada, almost doubling their population in ten years and having the highest growth rates among visible minority groups from 2006 to 2016. Journals have seen a rise in immigration research, a few of which focused on the ethnic identity and feelings of the 1.5 generation. When asked what ethnic identity he felt he belonged to when he moved, my brother responded:

“I just felt like I was Filipino. There was no Canadian about me…but now I feel Filipino but more westernized. If I go back to the Philippines, you know I’m not from there. Even here in Canada, you know I wasn’t born here. So I’m still in the middle. I have no home. There is no home for me.”

As my brother tried to forge his identity he says:

“I had to adapt certain aspects of myself to be accepted within the community, but there was no easy way to do it.” In a study published in the Journal of Community Health, the authors looked at the generational differences in mental health service use among first, 1.5, and second-generation Asian American immigrants. They examined the unique thought processes differentiating each of the different levels of immigrants. The researchers found that 1.5-generation immigrants’ perceived need for mental health support was not enough alone to pursue active utilization of resources; in fact, it was social support that was necessary for 1.5s to overcome potential barriers to use mental health services.

This type of support is particularly important to 1.5s who act as “cultural brokers” for their families since they are bilingual and bicultural, often translating English or educating North American cultural practices and norms to elder members of the family. This role can lessen the impact of traditional Asian family hierarchies, reducing the power of parents and other senior family members, in effect leaving 1.5 individuals to feel like they don’t belong in either generation. As a result, 1.5-generation individuals tend to rely strongly on social bonds with people of similar backgrounds, especially friends, who are more likely to understand their unique struggles.

My brother echoes similar sentiments as he reflects on his difficult transition:

“My closest friends, the ones that I could relate more to, are 1.5s since they had the same experiences of knowing two different lifestyles. If you were born here in Canada, the only lifestyle you know is the Canadian one.”