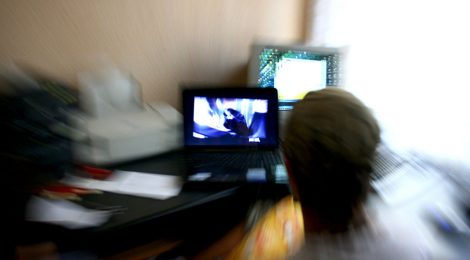 In June of 2018, The World Health Organization released the 11th version of The International Classification of Diseases (ICD-11). For the first time, Gaming Disorder will be included as a mental health condition that is characterized by physical, social, and psychological impairments due to excessive video gaming.

Like most things, gaming can be healthy in moderation, but some gamers play excessively and become addicted. According to Yonah Budd, those addicted to gaming often play to escape some form of stress in their lives and sadly do not seek help until they have lost a relationship, a home, a business, or all three. Yonah Budd is the Director, Co-Founder and Chief Therapy Officer of The Farm – a private rehab center in Stouffville, Ontario. He has over three decades of experience with youth who are struggling with behaviour- and drug-related addictions. The Farm hosts a large team of therapists, social workers, psychologists and medical staff to facilitate the treatment process and just 10 clients are admitted at a time.

In an interview with the Trauma and Mental Health Report, Yonah explained that treatment for gaming addiction utilizes similar steps to a typical drug-use program; one in which the first step for every new client is a complete detox. At The Farm, detoxing begins with a minimum of a 30-day stay without internet access to reduce dysfunctional behaviours. Older clients are typically given a flip phone without data while younger clients are provided with colouring books or building blocks. Being in an outdoor environment also provides a ‘wilderness’ experience in therapy. By being in a natural environment, there are fewer distractions from electronic devices and unique opportunities for teens to better understand their emotions.

Social integration is a very important goal of rehabilitation. People suffering from gaming addiction often experience significant withdrawal from social activities with friends and family. According to Yonah, many teens can become isolated, playing for 8-10 hours per day, sometimes even all night long.  It can be especially difficult to withdraw from a routine when playing with online friends. Yonah has been treating gaming addiction since the 80s and he thinks the rise of online communities has only made it easier to fall into dangerous habits. However, face-to-face social interactions can be beneficial in treating gaming disorder. Yonah described how social integration helped one of his clients:

“I know a boy now in his 20s. For most of his teenage years he was a gaming junkie… Now as an adult, he can’t spend all his time sitting in front of a computer because in your twenties you don’t do that anymore if you want to be social. Working with him, I said ok, why don’t we look at some board gaming… so now he’s is out 2-3 nights a week playing board games. It’s still gaming, but it’s social gaming which, as far as I am concerned, puts you 50% ahead of the game”

Since addictive habits tend to form in young people, parents and caregivers can play a key role in helping find alternatives to gaming that encourage a healthier lifestyle. Playing video games with a son or daughter can be a great first step to better understand their addiction and build parent-child rapport. As Yonah states:

“Rapport is what it’s all about. Adults have to come to the kids. Dad needs to sit down with Billy and play games with him… If a kid likes racing games, try engaging them in something more social, like go-karting.”

In order to prevent relapse, an important final step is re-integration back into the home environment and the family unit. One program, Venture Academy, helps troubled teens across Canada by placing them in “host-home environments”. At the end of the week, each of their teens gets a chance to practice problem-solving skills and daily responsibilities in small, family-sized units. By first re-introducing clients to a more familiar setting before returning home, it becomes easier to transition from treatment into a normal routine. Chris Madsen, one of the counsellors at Venture Academy, says:

“Change is best retained in the environment in which it is learned. I’ve worked in wilderness programs and there are a lot of positive things about that, so don’t take this as a knock, but a lot of them are recognizing that once the child has “woken up”… teens are relapsing at home because parents are not going to be able to replicate a wilderness program.” Gaming disorder is only one of many online addictions. Excessive gambling, social media, sexual behaviour, pornography, and internet use can all be areas of concern. As the issues and technologies continue to evolve, treatment will have to evolve with it and what we learn over the coming decades will determine what methods help most. Thankfully we have places like the Farm, Venture Academy, and other treatment centers around the world that are bringing new ideas to treat these online addictions.