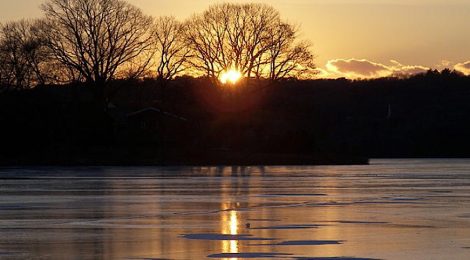 Langston Hughes was a significant literary figure in the 1920s, with his writings being instrumental in shaping the Harlem Renaissance Period. He used his literature to portray not only the struggles of average African Americans, but also to celebrate their culture and lives. His short yet powerful poem “Suicide’s Note” contains only three metaphorical lines, and represents the conflicting nature of suicide.

The calm,
Cool face of the river
Asked me for a kiss.