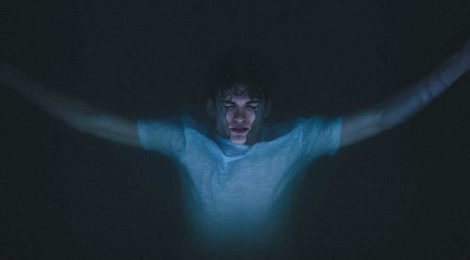 Horror Films Reduce Anxiety for Some

My love for the horror genre began as soon as I was able to operate my VHS player. By the age of ten, I had viewed more horror films than any of my peers, or their parents. I also experienced my share of anxiety throughout childhood. Yet, the relationship between my fascination with horror movies and my bouts of undiagnosed anxiety never crossed my mind until I read an article proposing that some people with anxiety may find relief through watching horror movies.

The article noted the brain’s limbic system has a primary role in responding to anxiety-arousing scenes in movies as if these negative emotional experiences were real. When watching a horror movie, the amygdala detects emotions of fear and prepares us for frightening events, while our conscious perception recognizes that these alarming events are not real. This implies that we can vicariously experience negative emotions in a controlled environment which may be useful for managing anxiety.

Some researchers have supported this concept and have suggested that watching scary movies may act as a form of exposure for individuals with anxiety. Anxiety-related disorders affect approximately 18% of the population and some of the predominant symptoms include excessive worrying, apprehensive expectations, and restlessness. It is possible that while an individual is viewing a scary film, their anxiety-related symptoms are temporarily suspended. To further investigate the role anxiety plays within a preference for cinematic horror, three individuals with anxiety were interviewed by the Trauma and Mental Health Report. After the passing of her mother, Karla (name changed) commented that she battles undiagnosed anxiety. She also said:

“I enjoy watching horror movies. . . depending on my present mood. Although scary films are not my go-to choice, I have found that when I am experiencing an overly stressful day, I throw on a horror, as comedies and laughter seem inappropriate during these moments.”

Karla’s response had me question the specific emotions I experience prior to choosing a movie. I find that when I am particularly distraught, I tend to select a movie that will make my problems appear irrelevant; horror movies do just that.

“I love horror movies. Reflecting on it, I don’t experience anxiety symptoms when I am watching anything scary, nor do I feel them some time afterward.”

For Shannon, although horror movies provided a reprieve from her symptoms of anxiety, she does not agree that they are the reason her anxiety has become manageable. When asked about the scariest film she had seen and how it made her feel, Shannon expressed:

“’As Above So Below’ gives me chills to this day. I was on the edge of my seat the entire time, and my adrenaline spiked until the credits rolled up the screen. . . After watching, I was literally exhausted.”

The research on horror movies supports Shannon’s subjective impression. When we see fear on the screen, our minds perceive this as a stressful situation, our body becomes physically prepared to combat the threat and, as a result, we may become exhausted from the arousal.

Morgan (name changed) has been diagnosed with posttraumatic stress disorder in addition to generalized anxiety disorder since adolescence. When asked what she experiences during and after viewing she says:

“I never watch horror movies anymore. When I did, I found that my panic attacks did stop, but I still felt overly anxious while watching them. I feel as though I have no control over what is happening to the characters, that is what makes me anxious.” Though Shannon and Morgan differ in their experiences with horror films, a common factor does seem to emerge as Shannon, says:

“My anxiety stems from situations I cannot control. Horror films involve situations beyond our control; my anxiety spikes initially, then declines once I realize the situation is out my hands, because this is the moment when my brain understands it is not me in the movie.”