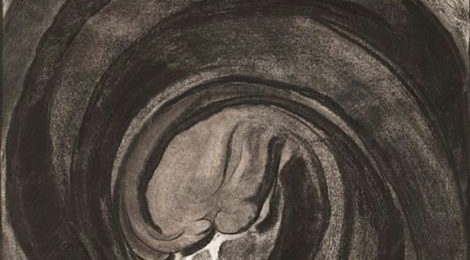 Georgia O’Keeffe (1887–1986) was a pioneer in women’s art. O’Keeffe eventually rose to become one of the most celebrated artists in the United States in the 20th Century. Her work retained this importance throughout the rest of her 98-year life, and beyond the grave, where her influences persist in the present day. She struggled with mental illness that was widely and publically known in a time where mental illness was not common. In 1932, after falling far behind on a Radio City Music Hall mural, O’Keeffe endured an intense nervous breakdown. However, it was only after a period of hospitalization and not painting for two years that she was able to rekindle her life’s love of creating art. She depicted this period of her life in her art work featuring “The Storm”. This art piece is symbolic of the mental health challenges that had swept through her life. ← Poetry from Statements About Racism
Praying →