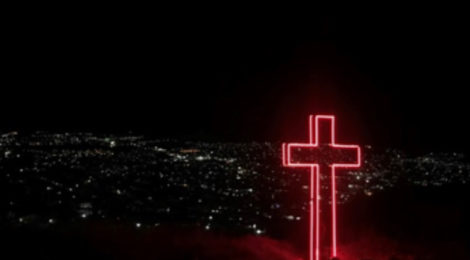 The song “Praying” is a 2017 hit recorded by Kesha for her third album Rainbow. The song was written as a response to depression and thoughts of suicide that Kesha was experiencing at the time. It represents a difficult time in her life but, is also a message about healing and finding peace after abuse.

In an Instagram post, featuring the entrance of Madison Square Garden, Kesha speaks about the reason behind her song “Praying”:

“When I wrote praying, with Ben Abraham and Ryan Lewis, I just felt as if I had gotten a huge weight off of my shoulders. It felt like an emotional raw victory for myself, one step closer to healing…”

“Well, you almost had me fooled
Told me that I was nothing without you
Oh, but after everything you’ve done I can thank you for how strong I have become
‘Cause you brought the flames and you put me through hell I had to learn how to fight for myself
And we both know all the truth I could tell I’ll just say this is “I wish you farewell”

I hope you’re somewhere prayin’, prayin’ I hope your soul is changin’, changin’ I hope you find your peace
Falling on your knees, prayin’
I’m proud of who I am No more monsters, I can breathe again

And you said that I was done
Well, you were wrong and now the best is yet to come
‘Cause I can make it on my own, oh
And I don’t need you, I found a strength I’ve never known I’ll bring thunder, I’ll bring rain, oh
When I’m finished, they won’t even know your name”

← The Storm
Can We Edit Our Memory? →