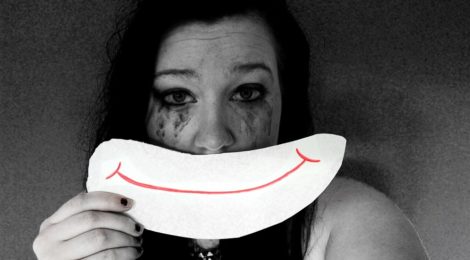 “It’s Not a Phase, Mom”: Living with Bipolar Disorder as a Youth

“I shut down again. I went blank. One minute I was spinning, and the next minute my mind was dragging itself around in a circle, like an old, arthritic dog trying to lie down. And then I just turned off and went to sleep, but not sleep in the way you do every night. Think a long, dark sleep where you don’t dream at all.”

In 2015, Jennifer Niven wrote the bestselling young adult novel “All the Bright Places.” Based on a true story, the book revolves around a 17-year-old boy, Theodore Finch, with behavioural issues and suicidal ideation. The narrative follows Finch’s temper outbursts in school, depressive episodes, and struggles with an abusive father and an uncooperative school administration. This novel was one of the first depictions of youth bipolar disorder in mainstream media.

Unfortunately, many youths with the disorder have similar experiences. For Dana (name changed), it all began when her dentist noticed she was grinding her teeth in her sleep. She was promptly referred to a neurologist on the assumption that she was suffering from seizures. Years later, after a series of misdiagnoses, hospitalizations, and ongoing efforts to be taken seriously, Dana was diagnosed with bipolar disorder at the age of 16. She spoke with the Trauma and Mental Health Report (TMHR) about her experience:

“My parents thought I was an attention seeker who was engaging in self-destructive behaviour. They are very religious and believed I was being influenced by the Devil.” The Sunnybrook Health Sciences Centre in Toronto, Canada, reports that 2 to 5% of adolescents suffer from bipolar disorder. This is similar to the incidence rate in adults, which is estimated to be around 2.8%.  Further, youth who have a first-degree relative with the illness are 5 to 10 times more likely to be diagnosed than the general population. Even though bipolar disorder is the fourth most disabling condition for adolescents globally, young people reaching out for help seldom find adequate support.

For Max (name changed) (they/them), who has lived with bipolar disorder since they were a teenager, obtaining proper care was impeded by societal and internalized stigma. In an interview with the TMHR they shared:

“Everyone, including myself, brushed aside my episodes as a ‘teenage phase’. My parents didn’t want me to get diagnosed until I was older because they thought it would ruin my childhood.”

Bipolar disorder is characterized by alternating periods of depression and mania, with intervals of normal mood in between. The Journal of Psychiatric Nursing reports that in children the disorder is characterized by high irritability, and manic/depressive episodes that are either longer than normal or rapid cycling. However, as they move through adolescence, their symptoms take on closer resemblance to the adult form of the illness.

In an interview with the TMHR, Chloe Leon, a psychiatrist at The Centre for Addiction and Mental Health (CAMH) in Toronto, explained the difference between normal adolescent mood swings and bipolar disorder:

“The concept of bipolar disorder has become somewhat trendy, which is partly due to misrepresentation in the media and by celebrities. A lot of people think of bipolar as mood swings, or a quick change in emotions within minutes or hours. The actual diagnosis is very different, and it means that the low (depressive) state is present every day all day for at least two weeks or more. Similarly, the high (manic) phase is present for at least four days for bipolar II, and a full week for bipolar I.” Around 90% of youth diagnosed with bipolar disorder also have coexisting symptoms of anxiety or ADHD, making diagnosis particularly complicated. An incorrect diagnosis is particularly detrimental because some drugs are known to trigger manic episodes. This was true for Dana:

“The psychologist said I had ADHD and depression and put me on Ritalin and Zoloft. I learned later in life that those drugs pretty much fried my brain and put me into a manic/hypomanic state for over two years.”

Awareness among parents and in schools is not widespread, partly due to the fact that many individuals with this illness can look extremely ‘put together’ during their manic phases. For Dana, the possibility of her being sick was inconceivable to others because of her high achievements in university as a triple major student with straight As.

However, Leon believes there is hope. Having conversations with parents of youth with bipolar disorder is essential to ensure they understand the intricacies of the illness. As well, work is being done in many schools in cooperation with doctors and social workers to ensure students receive appropriate accommodations enabling them to succeed both academically and socially.

← What is Schizophrenia?
Where the Sidewalk Ends →