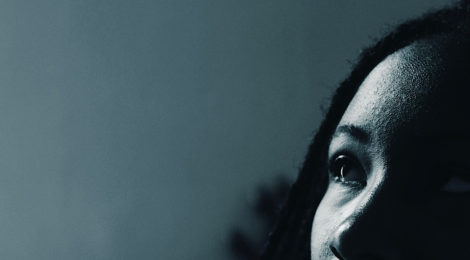 The Trauma of Gendered Racism

In the spoken word poem “White Men Say Weird Things to Me” posted to Button Poetry’s YouTube channel, Ebony Stewart discusses the sexualization and harassment of black women by white men. Stewart recalls instances in which she was targeted due to her race and gender and shares the trauma she has endured as a result. She relates her experiences to the ongoing history of sexual violence that white men have carried out and the harmful stereotypes that continue to be perpetuated. The pattern of actions the poet was subjected to throughout her life is indicative of a culture that does not reprimand, but rather encourages these aggressive behaviours. Stewart sheds light upon the lack of chastisement of white male killers by the media, as their crimes are often romanticized with little regard for racialized victims. Stewart concludes her piece by sharing the devastating realization that she could potentially be the “next” victim. Violence against black women is state sanctioned. The gendered racism Stewart depicts in her poem can take many forms, although it is necessary to recognize the systemic violence that continues to facilitate these interactions.

“White men taught me that being a predator is a compliment, that I should smile while walking, or running, or hiding.”

← MDMA-Assisted Psychotherapy a Promising Treatment for PTSD
Breathe Me →