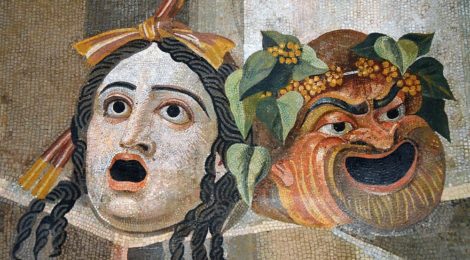 In 2014, Jess (name changed for anonymity) had gotten out of bed for the first time in two weeks. Later, seated across from a therapist, she felt overwhelming anxiety. “What brings you here today?” the clinician asked. Jess fidgeted with her hands for a long time before saying she didn’t know.

Jess had struggled with self-harm and suicidal thoughts since she was a child. She had always felt obligated to hide her struggles from her adoptive parents for fear of being a burden to them. In an interview with The Trauma and Mental Health Report (TMHR), Jess recalls how her inability to open up about her childhood held her back from getting professional help for a long time:

“I knew there was nothing wrong with seeking therapy. But the habit of suppression and fear of rejection had become so ingrained in me. Every time I would sit with a therapist, it was like I couldn’t breathe. I wanted to tell them everything, but there was always this huge lump in my chest, and the harder I tried to speak the more it hurt. Every time I left feeling more distraught than I had going in. So eventually, I just figured I could never be fixed and stopped trying.”

Through her research, dramatherapist Joan Moore observed that many adopted children struggle to establish secure attachment patterns with adults. In her experience, working with young populations in traditional therapeutic settings can be challenging. This led her to develop an innovative approach called the “Theatre of Attachment” model, where both children and their adoptive parents work together to create informal plays based on the child’s life experiences. By creating relatable fictional situations, children can experience positive outcomes that tackle their negative expectations and patterns of behaviour. Moore’s model is grounded in the practice of dramatherapy, a form of creative arts therapy, beneficial for those who struggle to open up to others. Jason Butler, a high school theatre teacher turned dramatherapist has had many experiences with students who got more out of his classes than just actor training. In an interview with TMHR, he reflects on these liberating encounters:

“There was the classic shy student who suddenly became loud and dynamic when playing a pirate in The Pirates of Penzance…the quarterback who decided to try out for a school play and was able to engage with a side of himself that had not been experienced before…the student who was experiencing some horrible abuse at home and struggled in many classes – yet they came to drama class every day – memorizing their lines for projects, choosing to play roles of power and dynamism.”

Butler believes that early intervention is beneficial in working with traumatized foster children. In his practice, he often uses toys, puppets, and fairy-tales with children in foster care, a population whose ability to express their experiences is often limited because the trauma occurred early in life. For Butler, the goal of dramatherapy is to determine what gives clients a safe mental distance to express emotions and work through trauma.

Dramatherapy is also beneficial for adoptive parents. According to Moore, the responsibility of adjusting to a new family falls on the parents as much as the child. She believes it is imperative that parents adapt parenting practices to the needs of the child instead of just expecting the child to adjust. In her own experience of adapting to expectations, Jess says:

“I knew my parents were aware of my background from the agency but had no idea to what extent because over the years they never asked me about it personally. They were so good though; never made me feel like an outsider. But there was always this unspoken expectation that now that I was in a healthy environment, all my past issues should just magically disappear. There was no room for depressive relapses. So, I always felt like I had to put up a happy front or I was being ungrateful. I never really had the opportunity to work through my trauma.”

With a dyadic approach to dramatherapy, both adoptive parents and adopted children can recognize how each affects the other and work toward establishing greater security of attachment in the relationship.