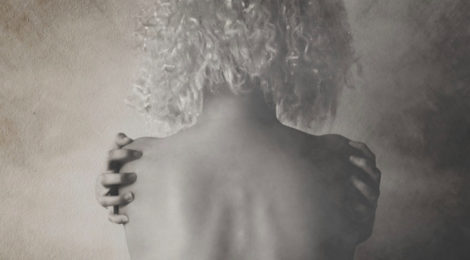 Poet, Sydney W., explains how anorexia might seem like an addiction to many people, but in reality it’s about feeling in control. She shares her personal experience of overcoming anorexia. She explains “For a really long time, 2 years ago, I felt like no matter what I did, it was never good enough. Those girls still made fun of me. To cope with that, I stopped eating. I wanted to be thin enough, pretty enough, perfect enough. But I realized I was only hurting myself. It was never a full-blown addiction, but it still hurt like one. Anorexia was never something I thought I’d have to deal with, but I overcame it, and I hope all girls realize that the control, although nice to have, isn’t worth it.”

It’s not an addiction,
Really it’s not.
But that mirror,
It’s a source of affliction.

Not long ago,
I could look in that mirror
And see nothing wrong at all,
But now I’ve got nothing to show.

The pressure to be perfect,
It tears away at my body.
At first it looked like nothing,
But it had a side effect.

I wanted to be one of them,
One of those girls everyone envied.
But the price to pay was my body,
Not a small pretty diamond gem.

It was never enough,
No matter what I did.
The skipped meals
Turned my image rough.

But will it ever be worth it?
I stare and ask myself.
My image in the mirror,
Kept begging just to quit.

It became a nightly thing,
Standing on that scale.
And I was pleased to see
That the pounds kept dropping.

The pain I was putting myself through,
The constant suffering,
Everything was just a blur,
But nobody ever knew.

I don’t starve anymore,
But I could if I tried.
It was a part of my life,
Now just a closed door.

It’s not an addiction,
Really, it’s not.
But that mirror,
It’s a source of affliction.