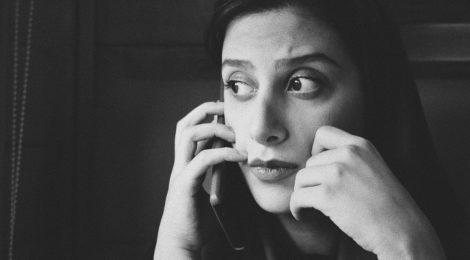 The obsessive pursuit of another has been romanticized in novels like Wuthering Heights, vocalized in song lyrics filled with dejected passion, and dramatized by famous movies like Fatal Attraction.

Stalking is the persistent and unwanted pursuit of another person including following them, making harassing phone calls, leaving unwanted messages, or vandalizing their property. It has been criminalized in many countries, yet it often happens without penalty because the judicial system and police don’t take the crime seriously. In Japan, stalking has become a crisis.

Approximately 3.4 million people are stalked each year in the United States, and 1 in 5 women and 1 in 10 men will be stalked in their lifetime. Around one third of stalking encounters turn into physical violence and over 10% lead to sexual assault. 91% of victims report mental health problems ; PTSD, anxiety, fearfulness and disturbed sleep are common, as well as feelings of isolation, irritability, and guilt. However, 83% percent of stalking incidents are not reported to law enforcement. “My stalker was my ex-manager. He asked me out for what I thought was a friendly lunch. He made numerous advances that I rejected, but he persisted. After I changed jobs, he started stalking me at my new office and texting me continuously. When I told my friends, they dismissed it and made jokes about it. Some co-workers even shamed me for leading him on when I met him for lunch. When I called the police, they told me to call back only if I was in physical danger. My mental health deteriorated as I became paranoid of him being around every corner. I was afraid to leave my house, read texts or be alone. I felt like I was barely holding on to my sanity.”

The digital age has brought new implications for stalking; it can take place via phone apps, on online platforms, and through digital surveillance. Apps designed for tracking children’s whereabouts, gathering phone data, GPS location tracking, and finding friends or lost phones have been misused to track others without consent.

It is common for stalking to occur after a relationship, making it difficult for victims to be taken seriously, especially when the victim is a man. In an interview with the TMHR, Don (name changed), a recently divorced man, said:

“My ex-wife used to track me everywhere I went using the “find my phone” function. She also had access to my computer, phone and email. When we separated, she would stalk me online by hacking into my Facebook, Instagram, and LinkedIn. When I called the police, they shrugged it off. When she started stalking me at my home and workplace, I felt terrified. No one understood my heightened anxieties, my male friends told me to suck it up and wait for her to stop.” Stalking is also normalized with phrases such as “it’s not stalking if you know the person”, despite the fact that stalking is most common between people who know each other. Andrea (name changed), a woman in her late twenties, shared her story with the TMHR:

“I was stalked by an acquaintance of my family for five years. I changed my phone numbers four times and moved three times to avoid being found. When he couldn’t find me, he harassed my family and stalked them instead. My family and friends still brushed it off and treated him like a lovesick victim, blaming me for his behaviours. They didn’t think it was stalking because in the movies it only happens with strangers, not a friend of the family.”

“I must have called the police hundreds of times to report the incidents. They said unless I felt that he would physically harm me, they would not take action. It took four years before I was able to get a restraining order, but he still stalked me. Finally, the court forced him to get treatment and stay away from me. But, it didn’t change the fact that I had endured years of constantly being hypervigilant due to the stalking. Now I’m always on edge when around men, fearful that any encounter could potentially lead to stalking.”