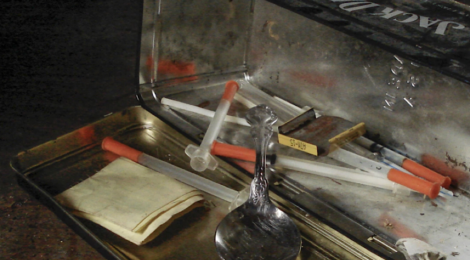 The song “I Fall Apart” by rap-pop artist, Post Malone, tells us a story of heart break and the inevitable excessive drinking that comes with it. Post Malone speaks about a break up with a woman who had left him broken and “falling apart”. The only way for Malone to cope was to drink his problems and feelings away.

“She told me that I’m not enough, yeah

And she left me with a broken heart, yeah

She fooled me twice and it’s all my fault, yeah

She cut too deep, now she left me scarred, yeah

Now there’s too many thoughts goin’ through my brain, yeah

And now I’m takin’ these shots like it’s Novocaine, yeah

Down to my core

Down to my core

Oooh, didn’t know it before”

Due to the erratic nature of his performances and the topics of many of his songs, it has been rumoured that Post Malone is suffering from a drug and alcohol problem. Many onlookers warn fans to beware of supporting Post Malone, as praising his actions only reinforces the drug and alcohol problem (if it did exist in the first place). Despite hearing these rumours, Malone denies a substance abuse problem, and that his music is not a reflection of his current state in life. He behaves erratically purely for the entertainment of his shows in order to portray the proper emotions, according to Malone. It has become clear to Malone, fans and other onlookers that the way of coping to a heart break as Malone describes in many of his songs is not healthy and should not be praised. It is still not clear as to whether or not Post Malone is suffering from a substance abuse problem.

← In a Relationship, but Lonely All the Same
E8: Relationships During a Global Pandemic →