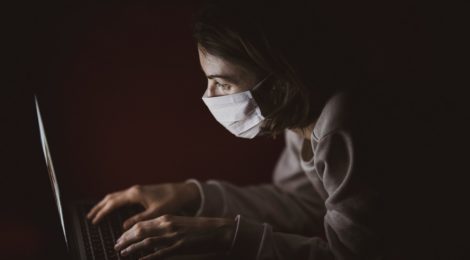 The Psychology of Conspiracy Theories During COVID-19

As we put 2020 behind us, it comes as no surprise that it was a very busy year for conspiracy theorists. We heard everything, from 5G spreading disease to tracking microchips, facemasks to satanic pedophiles in the government. Unfortunately, history tends to repeat itself. During the Spanish flu pandemic that killed over 20 million people, anti-mask groups existed and spread conspiracy theories. As such, the emergence of these theories today is predictable in the context of a pandemic like Covid-19; so predictable that they could almost be considered a side effect of the pandemic.

Certain psychological patterns can help to explain why conspiracies tend to gain popularity in times of social crisis. The human mind, the threat of the virus, the lockdown, and social media act in tandem to create the perfect combination to drag people down the rabbit hole of conspiracy theory.

It is essential for humans to believe in something. Indeed, whether those beliefs come from religion or science, their utility is to fill the emptiness left by uncertainty. The desire to make sense of the world is the central motive of the belief in conspiracy theories. As a result, when people do not have an answer to a question, they tend to invent one. The attempt to identify a cause for events is essential to stability and consistency in our understanding of the world. The bigger the existential threat, the more humans try to find meaning in what they are experiencing. Conspiracy theories tend to offer a sense of control in an uncertain situation and where a lack of control is perceived. Thus, these theories allow people to explain how a situation has emerged and who can be trusted. By identifying the cause of an important event, it gives the impression of being able to predict and anticipate future events. The human mind tends to use short cuts to simplify information through cognitive biases and heuristics. By preferring simple information, and by using as little mental effort as possible, we tend to accept a given explanation, if it satisfies our needs. Conspiracies provide a very simplistic explanation of situations that are in fact very complex and very difficult to understand otherwise. Thus, people tend to use the same belief to explain as many uncertainties as possible. This pattern appears in conspiracy theories where every problem can be explained by the actions of powerful, dangerous people such as Bill Gates, pharmaceutical companies, or politicians.

Conspiracy theorists tend to not trust authorities. Because scientific consensus changes as new information emerges, governments and health experts will sometimes contradict themselves, exacerbating this mistrust. Furthermore, the responses of the authorities regarding the pandemic are sometimes unclear and unsatisfying, leading to frustration and seeking alternative answers.

A feeling of injustice may also influence conspiracy theories. Government health measures may create a sense of injustice by disadvantaging certain groups, like restaurant workers. Some people may experience similar injustices when assessing their own personal situation during the pandemic; consider a young, healthy person who is less vulnerable to the virus, but who still must live with consequences related to the virus, including job loss, lockdown, and social isolation. Furthermore, many people feel that they have lost their rights and freedoms from the restrictions. The censorship of misinformation on social media is considered by some to undermine freedom of speech, further increasing mistrust towards the authorities. Social networks allow users to select specific content and join communities with similar ideas and beliefs. This increases the likelihood of believing misinformation which benefits their own group while disadvantaging another. This creates a vicious cycle in which conspiracies intensify conflicts between groups and these conflicts increase beliefs in conspiracies. Similarly, people tend to surround themselves with others who think similarly and confirm their beliefs. This reinforcement can lead to reduced contact with those who think differently. Through this confirmation bias, people tend to seek and believe information that corresponds to their ideas leading to inflexible, polarizing beliefs. Through what is known as the anchoring bias; once the belief is established it becomes very difficult to get rid of.

The effect of the pandemic and associated psychological factors can help with understanding why conspiracy theories are so attractive in times of social crisis. In order to solve this social issue, it is essential for conspiracy theorists to understand the mental short cuts and the social media influence that contribute to the development of their beliefs. The acknowledgement of the psychological pattern that leads to these beliefs could help to better identify fake news on social platforms.

Miryam de Courville is a PhD student in psychology at University of Québec in Montréal. She is specializing in Autism Spectrum Disorder.