Do you want weekly updates about our content? Subscribe here:
Browse: Home   /   2021   /   March   /   Olga Boznanska: A Story of Uneasy Childhood Expressed in Art 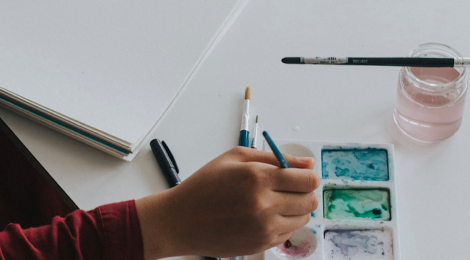 Olga Boznanska: A Story of Uneasy Childhood Expressed in Art

Olga Boznaska (1865-1940) is a famous female Polish Post-Impressionist painter.  She was prominent for multiple portraits of fragile women and children permeated with hints of melancholy which came from her childhood. In early childhood, Olga’s mother had suffered from tuberculosis.  In adulthood, Olga would paint for days on end with minimal food consuming only tea and cigarettes, looking thin and haggard which concerned her friends family. Olga hated to be touched and only enjoyed platonic relationships with people.  Her friend Helena Baum and art historian Joanna Sosnowska claimed that Olga may have suffered from trauma or abuse by her father. Olga was completely financially dependent on her father until his death.