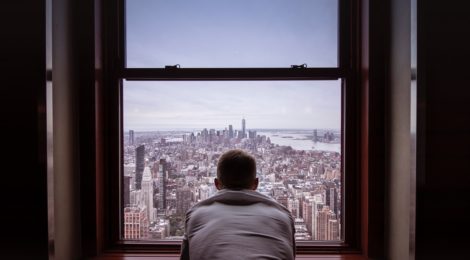 Treatment, Not Judgment, for the Non-Offending Pedophiles

“For me it was Huckleberry Finn, starring Elijah Wood. I was reeling for weeks. The feelings I felt toward the boy in the movie were undeniable. I couldn’t hold the door closed any longer. The monster had pushed its way out, and the monster was me. That’s how I felt at the time, terrified and ill. As a teenager, I considered myself doomed.”

Michel Greenwood was 13 when he first realized he felt attracted to young boys. As an adult, he founded Christian Pedophile: Finding a Way, a website aimed at providing a support network for people like him. Both Greenwood and his co-contributor Trent Matthew grew up religious, and, over the years, found a way to accept their inclinations through their faith. The About section of their website reads: “We have an unwanted and involuntary attraction to children, but we have decided to obey Christ and not act according to those feelings.”

The Trauma and Mental Health Report spoke with Greenwood and Matthew about their website. According to Matthew: “Our vision is to see men and women who struggle with pedophilia meet Jesus, and to support them as much as possible in living a life worthy of God’s calling to be holy.”

Yet, surprisingly, neither of them shy away from discussing the science of pedophilia. Their website even has a dedicated section on research.

A thorny issue, to say the least. There is an on-going debate about how the American Psychiatric Association’s Diagnostic and Statistical Manual of Mental Disorders (DSM) should define pedophilia. The DSM-IV-TR, published in 2000, specified two criteria: sexual fantasies involving children and experiencing distress or acting on those fantasies. However, many pedophiles fit either one criterion or the other, and not both. Some then argued for a distinction between a paraphilia, or atypical sexual fantasies, and paraphilic disorder. Others believe the presence of minor attraction itself, regardless of action, is dangerous enough to warrant a diagnosis. As of today, the DSM-5, published in 2013, defines pedophilia as: “involving intense and recurrent sexual urges towards, and fantasies about, prepubescent children that have either been acted upon or which cause the person with the attraction distress or interpersonal difficulty.”

A subtype termed “Pedophilic Sexual Orientation” was also introduced, giving rise to controversies that persist to this day, even though the term was later removed. One side argued that the definition would create equivalencies between pedophilia and homosexuality and reduce the moral responsibility on pedophiles. The other side maintained that if the condition were viewed as a sexual preference, it would help differentiate non-offending pedophiles from child abusers.

When asked if Greenwood fears his website could encourage people to reduce the culpability of pedophiles, he said:

“It’s important to recognize that several factors can contribute to sexual offending against children, not just pedophilia. Some individuals prefer adults, but are unsuccessful, and so may target a child. Others have an impulse control disorder. It’s important to know that pedophilia and child abuse are not equivalent. Discussions about ‘normalizing pedophilia’ usually cause people to imagine adult/child relationships becoming socially acceptable. Most certainly, we oppose that happening. We support the strongest consequences for sexually offending against children. We are diligent to make this clear in our media.” Recent research suggests that childhood experiences of sexual abuse and biological factors are involved in the development of pedophilia, yet, individuals often struggle to find professional support. As well, a study found that people have strong negative reactions towards non-offending pedophiles, even when the pedophile believes their desires are morally wrong.

Matthew opened up about the backlash he faced when seeking professional help:

“After trying to get help from the local hospital and being turned away, I fell into a long depression and became suicidal. People who struggle need a place to go where they can get help, so they don’t end up offending or taking their own lives. It took me five years to find a psychologist who wasn’t afraid to work with me. In those five years, I tried my luck with seven other psychologists and therapists, but it seemed like none of them had the training or the stomach to deal with pedophilia.”

Both he and Greenwood believe that providing pro-social support to pedophiles is the best way to help them learn to effectively control their desires. Greenwood explains:

“Isolation makes everything worse. For the person who is struggling with an attraction to minors, what they need most is others to stand with them and offer support and accountability. The only possible way to reach those individuals was online, anonymously. By helping others like me, I also hoped to keep a few more children safe.”

The subject of pedophilia evokes strong emotions in people. For Greenwood the hope is that: “we can all eventually find common ground in recognizing that offering support to pedophiles may be the best way to protect children.”