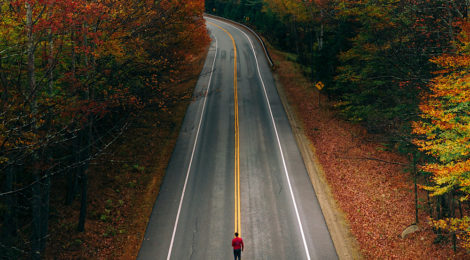 In his book “Memories, Dreams, Reflections”, Carl Jung describes the ‘self’ as the ‘totality of one’s being’, an all-embracing entity encompassing both conscious and unconscious parts of the psyche. In the journey towards wholeness, ‘self’ acts both as the guidepost and the end goal. No matter how chaotic the path may look along the way, the path of development seems to be circling around towards the ‘self’ from a higher perspective.

“I began to understand that the goal of psychic development is the self. There is no linear evolution; there is only a circumambulation of the self. Uniform development exists, at most, at the beginning; later, everything points toward the centre. This insight gave me stability, and gradually my inner peace returned.”

Jung’s psychological concept of ‘self’ and ‘circumambulation’ carries an important message to help people stay on the path. As with all journeys, the start point is often chaotic as one has no idea where to start, but at each step throughout the path, the person becomes more conscious of the self’s wholeness, including both the shadow and the light. It is often easy to get stuck in a spiral of shame and disappointment if one finds himself far from the centre at times. But what he fails to notice is that the same mistakes leading him there was part of the path to eventually take him to his destination, the ‘self’.

← Everybody Knows
Becoming Another Person Through Cosplay →