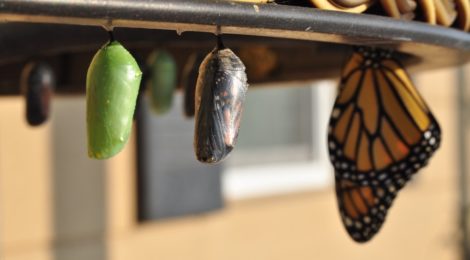 Becoming Another Person Through Cosplay

Hundreds of thousands of people around the world gather at various comic and fan conventions, many of whom take part in cosplay. Cosplay comes from the term ‘costume play’, and involves dressing up as, and often embodying, the personality of a character, usually from a work of fiction.

In an interview with The Trauma and Mental Health Report (TMHR), Drea Letamendi, a psychologist who specializes in the intersection between psychological science and fictional heroism, described cosplay as:

“A visual or external expression of fandom — typically through costume, clothing, masks, makeup, armor or props — that is accompanied by a psychological, internal transformation related to personality, power, abilities, gender and/or sexuality.”

Research shows that wearing a costume can actually influence your behaviour. Hajo Adam and Adam Galinsky, researchers at Northwestern University, coined the term “enclothed cognition”, to refer to the way clothing influences people’s psychological processes. They found that participants who wore a lab coat described as a doctor’s coat performed better on attention-related tasks compared to those wearing a lab coat described as a painter’s coat.

However, the reasons why individuals choose to cosplay are vast. Letamendi explained:

“People who cosplay report enjoying the social connections offered by cosplay communities, the creativity/crafting element of cosplay, and may enjoy the psychological aspects of cosplay as well. The psychological transformation of dressing like a beloved character is a compelling motivation and is cited by cosplayers as one reason it is fulfilling — the exploration of the identity of a fictional character. Based on research, cosplayers report that the enjoyment of dressing as another identity is the most motivating feature”. Moon, an 18-year-old male, has been participating in cosplay for over a year. He discussed his motivations for cosplaying with TMHR:

“Cosplay is a method of expression and escapism and a way to be someone else, even just for a few hours. With cosplay, I feel more confident and comfortable in myself, and it makes me feel like I’m able to do things I’m normally not able to do. It also helps me express myself in ways that I normally struggle to express.”

Letamedi also highlighted the benefits of expressing oneself through cosplay:

“Some adolescents may feel unable to explore experiences and express emotions that may not be socially or culturally acceptable as part of their upbringing in everyday life. Negative emotions, for instance, are often risky to express; cosplay gives one the ability to access the traits of a fictional character — features such as boldness, courage, aggression, even hostility — an acceptable context such as cosplay can allow young folks to feel validated and even help them develop emotional literacy. In many ways, related to emotional development and identity, cosplay is limitless.” Although many believe cosplay is linked to negative mental health consequences, Letamendi refuted this claim:

“According to personal observations, anecdotes, and critical research in this area, I have not noted a trend toward maladaptive behaviours or psychiatric risks related to cosplay. In fact, it is more likely that the experiences of validation, community connections, and social media elements introduced by cosplay create buffers for psychological conditions such as depression, social anxiety, and loneliness. It allows for opportunities to feel visible and affirmed. It also creates space to process and discuss emotional reactions to narratives and parasocial relationships, for instance, to process grief and loss when fictional characters die.”

Moon shared how cosplaying has had a positive impact on his mental health:

“Cosplaying has helped me a lot when it comes to coping and has had a positive impact on my mental health. I struggle with a lot of things including anxiety & major depressive disorder and also physical health issues (POTS and EDS) that affect me mentally as well. Cosplaying helps temporarily put off the stress of my health.”

Importantly, Letamendi explained that cosplaying can provide a sense of empowerment:

“For some marginalized identities, cosplay can be particularly empowering. It allows someone to experience and explore the feelings of being in control, actualizing freedom, being heroic, or sensing oneself as physically strong, revered and respected. For cosplayers who dress as characters opposite their expressed gender (i.e., crossplay), that can also be empowering: the ability to embody and be seen as having traits that aren’t typically “owned” by that gender in our mainstream society, such as power, control, and visibility for women, or sensuality, emotionality, and vulnerability for men. In cosplay, gender is much more fluid, flexible, and accessible.”

← Self-evolution
Good relationships are the key to healing trauma →