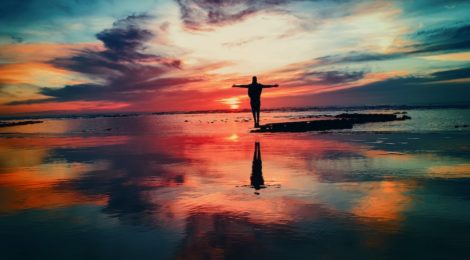 When Spiritual Crises Present to the Mental Health System

“The biggest regret I had was talking to my family and mainstream medical practitioners who weren’t informed about my experiences.”

This is what Anna (name changed) told the Trauma and Mental Health Report about her experience of undergoing a spiritual “emergency,” and how her situation was mishandled by the psychiatric establishment.  Despite being listed in the Diagnostic and Statistical Manual (DSM-V) under “Religious and Spiritual Problems”, few psychiatrists or psychologists are properly trained in diagnosing and treating this condition.

Defined by Stalinav Grof in 1989, a spiritual emergency is a process involving experiences of extrasensory perception, disorganized behaviour, and unusual or illogical thoughts and beliefs containing strong spiritual content. These troubling presentations can occur when spiritual experiences are not well integrated, or progress too quickly, resulting in psychological difficulties. The vast majority of spiritual experiences are not problematic. Practices such as meditation, yoga, tai chi, chi gong, and psychedelic drug use have long been a part of spiritual and mystical practices in Asian and Indigenous cultures. These techniques are intended to induce spiritual awakening and an expansion of awareness called spiritual emergence: a life-enhancing aspect of human development through which we seek meaning and connection beyond our personal identities.

Many mental health practitioners may identify as atheists or agnostics with no religious or spiritual backgrounds, and have little to no formal training on dealing with this condition. However, 89% of the U.S. general public reported having some form of religious or spiritual belief. When spirituality intersects with modern mental health models, clients may be left with inadequate support, or negatively affected by the treatment experience. Anna describes her experience of feeling unaccepted for her spiritual beliefs:

“I was fraught with anxiety for most of my life. I learned meditation and it helped. I had expansive experiences of bliss, peace and contentment.  With the oneness experience, I also sensed that flowers, trees, objects were alive and talking to me. Although I had trouble sleeping, I felt happy, with new sense of purpose. When I told my family about my experiences, they had me hospitalized, drugged, and I was diagnosed with a manic psychotic episode.”

Kylie Harris, an independent psychology researcher and writer, shares her views on mental health and spirituality with TMHR:

“When people go through these experiences they may appear chaotic, despite the situation being symbolically meaningful to them. People in spiritual emergency need the space to explore the meaning of their experiences without judgement or being told they need to be institutionalized and medicated.  This is very different from typical psychosis in which a positive exploratory attitude, insight into one’s experience, and significant meaning for one’s life are usually not considered. Interpretations by either psychiatric professionals or spiritual leaders can lead to a psychiatric diagnosis, or conversely, a desire to explore the hidden meanings of life.”

In some traditional communities, people experiencing spiritual emergencies are taken to a shaman or priest who give context to their experiences and help integrate them.  Often, they are removed from others for a period of time and then returned when they have fully integrated these experiences. Harris explains:

Spiritual emergencies can happen to theists, atheists, and agnostics alike. Many occur spontaneously through the natural course of life. There is a need for cultural, spiritual, and religious competency in mental health practitioners, including the ability to treat clients while taking their beliefs and the meaning they derive from them into account, all of which can benefit therapeutic outcomes. David Lukoff, professor, researcher, clinical psychologist, and co-author of the DSM’s “Religious and Spiritual Problems” section, has worked for 30 years to bring awareness to these conditions. In a podcast interview with TMHR, he shares:

“In traditional societies, people who have had these spiritual emergency experiences do much better with community support in spiritual and religious contexts that better understand and support these experiences. Mental health professionals need to know the role that religious and spiritual beliefs and practices play in their clients’ lives, and how to identify and help their clients handle these challenging experiences.”

Lukoff is currently involved as a part of the task force to educate and promote spiritual, religious and cultural competency for psychologists and psychiatrists. Experiences such as that of Anna shouldn’t be a common occurrence in mental health treatment of spiritual emergency but the exception.

← A History of The Mind
The Little Girl Within →