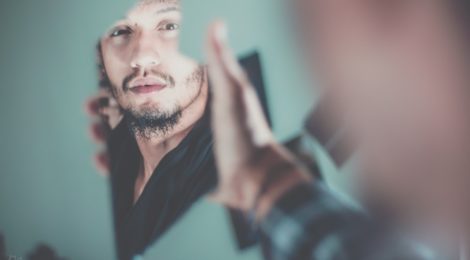 Traumatic brain injury (TBI) can significantly alter identity and personality. In one study, 75% of participants said they felt like a different person after their brain injury. TBI can cause physiological changes in the brain which affect how the brain processes and perceives information. Damage to the prefrontal cortex, responsible for managing behaviours and regulating emotions, has been linked to impulsive, inappropriate, and even criminal behaviour.

Neuropathologist Ann McKee directs research on chronic traumatic encephalopathy and in a Boston Globe interview, she expressed concern about accelerated disease in young athletes in particular: “Whether or not that’s because they’re playing more aggressively or if they are starting at younger ages, we don’t know. We are seeing ravages of this disease.”

McKee referred to Aaron Hernandez, who died by suicide while serving a life sentence for the murder of his two teammates. It was later discovered that Hernandez suffered the most severe case of chronic traumatic encephalopathy ever seen in a person of his age. Many of his friends recalled that he had become extremely impulsive in the last few years of his life. The damage from severe head blows in his football career could have affected his ability to make decisions and problem solve.

Image of Aaron Hernandez’s brain with TBI compared to a typical brain of someone his age.

In an interview with the Trauma and Mental Health Report (TMHR), Alina Fong, a clinical neuropsychologist and expert on brain injuries, explains:

“If we can identify arrested individuals and conduct a screening to see if they have had a concussion or brain injury, this can significantly reduce their recidivism rate or their propensity to re-offend. There is a clear trend: many people in the prison system have had brain injuries. If we can stop this damage at the outset, we may be able to reduce the amount of people in our prison system.”

The case of Hernandez is an extreme example. There are often subtler changes to individuals after a TBI. Fong explains:

“The biggest psychological issue that patients are dealing with is helplessness and hopelessness. There is a sense of loss of power because the injury was most likely not their fault, and this can lead to depression and anxiety. Usually, the patient’s partner, child, or parent says, ‘This is not the same person.’”

She says that 90% of the patients in her clinic who have had a head injury in the past experience psychological or personality changes, and adds:

“What is even more surprising is that many of them had a brain injury as children which was not checked. Now they are in their thirties and complain that they are low on energy compared to their friends and are unable to hold a job. We scan them and they look like the have a TBI even though the accident occurred decades before.”

Why are TBI patients going unnoticed or unexamined at the time of injury? Fong explains that when individuals seek treatment, attention is given to the visible parts of the injured body parts, such as the arms and neck, and brain injuries may be missed. In the rare case that MRI’s are conducted, many patients are told everything is normal and their symptoms are psychological in nature.  In other words, there is a disconnect between physiological and psychological issues. Fong says:

“Many patients are not validated by the medical community. Some come to me and say, ‘ I feel crazy because everything is normal and I shouldn’t be having these symptoms.’’’

An additional problem with identifying TBI involves technology. In the standard  magnetic resonance imagine (MRI), brain images may look normal. With more advanced imaging such as functional MRI or Diffusor Tension Imaging, the brain can be seen more in depth, revealing a brain injury. But these advanced neural imaging techniques are not available everywhere due to high cost.

Simon (name changed) shares his story of how his wife’s personality changed after a car accident:

“After the accident, I was given a piece of paper which explained how to care for someone with a brain injury. I wasn’t warned about the rollercoaster of emotions we would experience. She was depressed and was no longer the lively person I knew. Not only has our relationship changed with each other, but so has her relationship with our son. We had been married for fifteen years before the accident and our marriage was wonderful. Now, every aspect of our relationship is different.”

Simon concludes: “Although she is still alive, the woman I have known and loved is dead.”