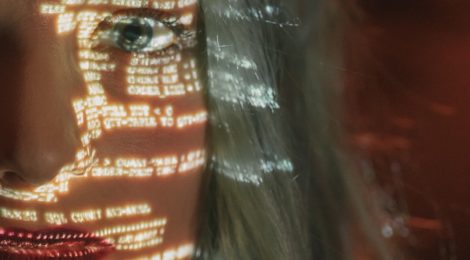 Brainspotting (BSP), the name of a new approach for the treatment of trauma was developed by psychotherapist David Grand. He proposed it as a new short-term treatment. Although the approach is relatively novel, some enthusiasts have praised it as a “doorway into stored trauma from the past.” Neurologist Robert Scaer describes BSP as “a way to return the parasympathetic nervous system to homeostasis.”

In a BSP session, a therapist holds a pointer and guides the client’s eyes across a field of vision while the client discloses a particular event. The “brainspot” is a certain visual point at which the client has a strong emotional reaction, bringing up a traumatic memory or triggering uncomfortable somatic responses. Rebecca (name changed for anonymity) says that she started BSP to help her with childhood trauma. She claims it helped her “reprocess unresolved memories through a different lens.” Eye Movement Desensitization and Reprocessing (EMDR) uses a similar technique involving ocular positioning. Roby Abeles, a psychotherapist and BSP trainer, who has previous training in EMDR, compares EMDR and BSP. According Abeles, in EMDR, “therapists bring individuals from the neocortex (brain region responsible for language) into the subcortex (brain region responsible for processing language), and then pull them back to the neocortex so they can access language to respond to questions.” In contrast, in BSP, therapists move clients inwardly into subcortical brain region for long durations; it is not unusual during BSP for there to be no dialogue for up to 40 minutes.

Abeles asserts that focused eye positioning allows the brain to stop scanning for external threats and to internally identify and maintain its presence on unresolved issues. Talking typically occurs at the end of a BSP session to put meaning to what occurred during the procedure to integrate the session; much of a BSP session is meant to be experienced somatically. Abeles continues: “For trauma survivors, their body is still thinking that it is at the traumatic event. With BSP, we can start ‘walking around the edges’ of the trauma to make it accessible. We call it ‘resourcing,’ which is to figure out a way to desensitize around an issue.”

Rebecca claims it made a difference in her life: “When I revisited those painful memories, I felt more in control of my life and myself at the time.” BSP is an emerging mode of treatment and should be regarded with caution. A preliminary study which reported that patient PTSD symptoms were reduced after three BSP sessions was published in a journal which appears to be affiliated with the BSP institute.

Considering the limited research examining BSP, it has received criticism from researchers for its lack of evidence, with some researchers calling it a ‘grey area’. Although some trauma survivors have indicated that BSP has helped them, it is possible that other factors contributed to positive outcome. For now, the jury is still out on this novel form of trauma therapy.