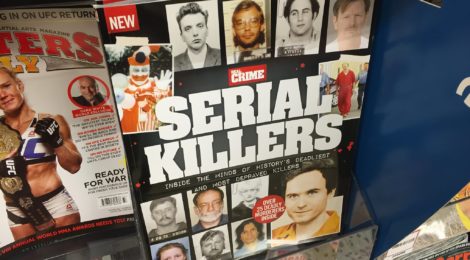 Award-winning filmmaker extraordinaire, Alex Gibney, indulges every inch of our morbid fascination with serial killers in his hair-raising documentary, Crazy Not Insane on HBO Max.

While it’s easy to get caught up in the sensationalized nature of such horrific murderous rampages, Gibney instead redirects our attention to the research of rebel psychiatrist, Dr. Dorothy Otnow Lewis.  Dr. Lewis has been an expert witness on various high-profile criminal cases, including Ted Bundy, Joel Rifkin, and Arthur Shawcross. Having studied the darkest corners of the most depraved of criminal minds, Dr. Lewis is known for her controversial stance on serial killers and the death penalty. She recounts her journey as an early pioneer in the field – a path met with much resistance, to say the least.

Dr. Lewis challenges the belief that serial killers are merely ‘born evil,’ and their murderous tendencies are simply due to a ‘lack of empathy’. Instead, she redirects viewers’ attention to the biological, psychological, and social elements that combined can lead to such horrific acts of violence. According to Lewis who has been studying homicidal behaviour since the ‘70s, “When you couple either a predisposition to psychosis and/or some kind of brain dysfunction, with a history of horrible early ongoing abuse, you get a super dangerous person”

Dr. Lewis has also been criticized for overly humanizing serial killers. However, she explains, “The more we understand about the genesis of violence, the harder it is to draw a line between guilt and innocence, sanity, and insanity.” Despite the scrutiny received, Dr. Lewis’ bravery in the face of blatant patriarchal opposition is undeniable and refreshing. While viewers will likely be drawn to the high-profile cases featured, many may find enjoyment in joining Dr. Lewis on her journey of looking beyond stigmas and status quos, regardless of how debatable her theories may have resonated with critics, and those with 20/20 hindsight.

← The A Team
Coming Into Being →