Do you want weekly updates about our content? Subscribe here:
Browse: Home   /   2011   /   September   /   Depression’s Painful Effects on Friends and Family 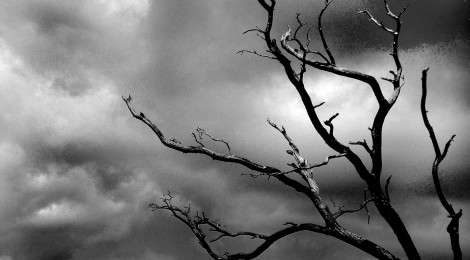 Depression hurts, physically and mentally.  It affects the person’s ability to work and function.  And, it hurts those who love someone suffering from it.  Sixteen percent of adults will experience depression at some point in their lives, and one in five women will develop clinical depression.  The likelihood of being close to, or knowing someone with serious depression is high.

I came face to face with this issue as a friend of mine, “Rachel,” recently discovered that her best friend of sixteen years was diagnosed with Major Depressive Disorder.  But Rachel knew for a long time that her friend was suffering from something.

Depression, unlike physical illness, is not visible to the average observer.  Most do not know much about it, such as how it is treated, or what its causes are.  Its intangibility makes it particularly hard on friends and family who cannot see or feel the force behind the suffering.  Some respond to the confusing nature of the disorder by denying its existence.  Fifty four percent of people still consider depression to be a sign of personal weakness.  Others, in contrast, try to take responsibility and try too hard to fight alongside  the sufferer.  Either extreme can cause grief, as the depressed individual can feel misunderstood, frustrated, or pressured to recover quickly.

Rachel realized her friend was having serious problems later in high school, long before she knew much about depression.  She didn’t know how serious it was at first, believing that a majority of high school students dealt with similar stress and problems at home.  It wasn’t until later when her friend’s online journals became increasingly morose that she understood how her friend was struggling.  At first her friend didn’t seem to display her depressive moods in person, but would talk about them only on her blog. As time progressed, symptoms worsened, and worryingly, her friend would often want to be left alone.

Symptoms of depression are often hard to interpret.  The individual feels withdrawn, having little energy to perform even mundane tasks.  This can be felt by others as indicating a lack of effort to remain in the relationship or as a lack of attention to the partner’s needs.  Sometimes these feelings are even interpreted as malicious, as loved ones feel their partners are using depression as a way of getting a rise out of them.  For friends and family, it is hard to remember that the sufferer can’t just pull themselves out of their depression.

Rachel knew her friend for much of her life, having gone to the same elementary school, high school, and university.  She went from seeing her nearly every day to hardly at all.  Rachel often felt rejected, and disappointed, as her friend hurt peoples’ feelings without taking the time to think about her actions.  Rachel often changed her own behaviour so as not to make her friend’s depression worse, meeting her friend’s demands in order not to upset her and feeling like she was trying hard to be sensitive, but also feeling that her own pain was going unrecognized.

As time goes by, a loved one’s own mind and body can also become filled with negative feelings.  As is often said, depression is depressing to be around.  Rachel constantly felt anxious and would become distracted herself, worrying needlessly,  or worrying about her friend being alone at any given moment.  Knots would twist in her stomach as she questioned what the future held for her friend who had seemingly stopped enjoying life.  Rachel was frustrated by the denial of the symptoms by her friend’s parents, and also by their refusal to help her seek professional help.  Rachel was constantly worrying if she was doing enough, wondering what could be done to solve the problem, and feeling helpless.

So why did Rachel stick by her friend?  By her own words:  Love.  It is often this that helps save a depressed person from themselves.  Those who have strong social support and loved ones to lean on recover from depression much more quickly than those who are isolated or have isolated themselves.  One of the most supportive things a friend can do is to help the individual seek professional help.  It may seem scary at first because it means admitting that your friend or family member is ill, and that you could not help them.  But Rachel also summed up the reward of taking this step in another word:  Relief.

Rachel smiles as she repeats this word over and over again.  She says that she couldn’t believe how good it felt when her friend told her she had started to see a psychologist.  Rachel, who had felt so helpless in the relationship, who had struggled with her own inner turmoil throughout the years, had started to feel hope; hope that one day her friend would no longer struggle with depression.  Hope that their relationship would now grow stronger.  And hope that her friend may yet find happiness.

← Homelessness as Trauma
Sexual Abuse and Attachment: First Part in a Mini-Series →