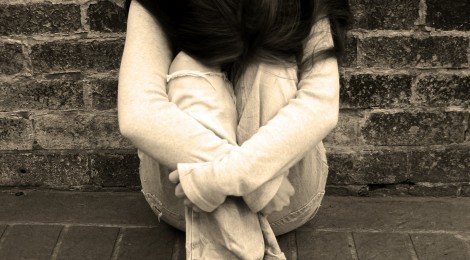 Sexual Abuse and Attachment: First Part in a Mini-Series

“If childhood is a house…then child abuse is a like having someone break in and force you to watch at gunpoint while he burns the house down.  In order to heal, one must then saw the lumber, cut the glass, weave the curtains, and build the furniture…You can pay someone else to show you how, but you can’t buy someone else’s or get someone to rebuild it for you.”
–The Crime and Its Victim

The loss of innocence is a tragedy, and nowhere is this more evident than in the case of child sexual abuse (CSA), an offense that includes not only sexual intercourse, but also any act designed to stimulate a child sexually, or to use the child for the sexual stimulation, either of the perpetrator or of another person.  Most commonly, the perpetrator is a family member.  And perhaps this is the greatest betrayal:  Those who are supposed to be protecting the child are often the very ones causing suffering.

CSA has no bias in favor of ethnicity, socioeconomic status, neighborhood, religion, or culture.  It is a problem that affects everyone.  Most of us know someone who has been sexually abused, whether we are aware of it or not.  Often abuse victims themselves may not be fully aware of their own abuse histories, with many survivors not remembering the abuse until years later.  The Badgley Report of 1984, a well-known Canadian study on CSA, revealed that one in two girls and one in three boys are the victims of unwanted sexual acts before the age of eighteen.  David Finkelhor, an American sociologist, found in his research that at least one in five women and one in ten men in America experience some kind of sexual abuse before the age of eighteen.  CSA is more widespread than many of us care to admit, and its roots are still being researched today.

The effects of CSA are pervasive and long-lasting, including for example, increases in the likelihood of victims falling into prostitution (76% to 90% of sex-trade workers have experienced CSA), and increases by 40% in the chance of criminal behavior later in life.  Physical health effects of CSA are similar to those who suffer from Post-Traumatic Stress Disorder.  An increased risk of obesity, chronic pain conditions, enlargement of adrenal glands, and poorer cardiopulmonary health are all correlated with CSA.  Mental health effects include increased risk of depression, anxiety, suicidal behavior, schizophrenia, and dissociative identity disorder.

Research has found that CSA often results in children developing an insecure attachment pattern that can last throughout the lifespan.  The effects of insecure attachment were discussed in a previous Trauma and Attachment Report article, “Early Attachment: Leaving Its Mark Across the Lifespan” (March 11, 2011).  Of particular importance to the issue of CSA is that these insecure attachments can translate into troubled adult relationships.

These relationships can include the tendency to be mistrustful, to be fearful of closeness, loss or abandonment (fearful attachment).  Or to become unduly preoccupied by prior hurts, along with feelings of interpersonal anxiety (preoccupied attachment); or, to minimize the importance of intimacy altogether, avoiding relationships and emotions that make the person feel vulnerable (dismissing/avoidant attachment).

In contrast, attachments considered to be “secure,” where the parent provides a feeling of protection and safety when the child feels threatened or in danger, are tantamount to a sense of psychological health and happiness.  Children who are securely attached are both less likely to experience CSA, and if they are victimized, they suffer fewer negative effects.

In the next article in this mini-series, the Trauma and Attachment Report will be interviewing Elsabeth Jensen, PhD in Psychiatric Nursing, a clinician specialized in treating survivors of CSA.

-Read more of the statistics from the Badgley report here