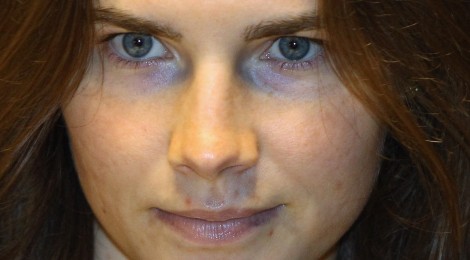 Wrongful Conviction, Psychological Trauma, and the Case of Amanda Knox

In September of 2007, twenty-year-old Amanda Knox arrived in Italy on an exchange program through the University of Washington where she was a student. Two months later, in November, she was arrested and accused of murdering her roommate, Meredith Kercher, another exchange student from England.

Convicted by an Italian court in December of 2009, she spent the next two years of her life in a small cell in a prison in Perugia, Italy. Amanda spent a total of four years in prison before her conviction was overturned on October 3, 2011 after a long, arduous battle and close to a million dollars spent in legal fees.

The negative psychological effects of prison have been well documented in numerous studies. In the well-known Stanford prison experiment of 1971, conducted by social psychologist Philip Zimbardo, volunteers from a newspaper ad were assigned the roles of prisoners or guards in a mock prison exercise. The study, intended to last for two weeks was ended after just six days due to the strong psychological reactions of those in the role of prisoner, even though all of the participants had been previously screened for psychological or medical vulnerabilities.

Amanda Knox, now at her parents’ home in Seattle, Washington, is free from prison, but not yet free from the ordeal. Not only is she facing the psychological effects of prison itself, but also the traumatic effects of having been placed there wrongfully.

Her situation is not unique. The Innocence Project, an organization dedicated to appealing the cases of those claiming to be wrongfully convicted, reports that there have been 281 innocent people exonerated in the United States in history due to DNA analysis, with the first case being overturned in 1989. The average time spent in prison by these victims was about thirteen years. Of those 281 people, seventeen had been on death row.

Wrongful conviction has made its way into the headlines and popular media over the past two decades, with blockbusters such as The Hurricane and The Conviction, portraying the true stories of those who have lived the experience, and starring A-list celebrities like Hilary Swank and Denzel Washington. Added to this list is now a made-for-TV movie from the Lifetime network about the Amanda Knox story. Typically, films like this tell the story of a conviction and the lengthy appeal process that follows, ending with the victim’s climactic release from prison. Although they bring awareness, they also fall short by failing to show that imprisonment doesn’t fully end when the sufferer is freed from the cell.

Forensic Psychiatrist, Adrian Grounds from the University of Cambridge studied the cases of eighteen men who had been wrongfully convicted, each spending over ten years in prison. Grounds argued that the emotional difficulties seen in these men occur as a result of both the experience of prison itself and the false accusation. He reported that fourteen of the men met the criteria for “enduring personality change following a catastrophic event,” and twelve met criteria for posttraumatic stress disorder (PTSD). All had difficulty re-integrating into society, finding employment and re-establishing relationships. And family members described them all as changed people who were now withdrawn, cold and paranoid.

In addition to having to cope with the emotional aftermath of prison life, those released from prison after serving their time are actually provided with more services and support than those released after being exonerated. Ex-convicts on parole are provided with education, training and support to assist with re-integration back into society, whereas those released following a wrongful conviction are lucky to get an apology and a fresh set of clothes. There is a false assumption that those who were innocent all along don’t need any help and are somehow psychologically better off that those who committed crimes, when is fact the opposite may be true.

Amanda Knox has been out of prison for approximately three months and other than a report by her parents that she has broken out in hives and is having trouble sleeping and eating, there has been little information provided about the severity of her trauma or her specific experiences in prison. It is unknown whether the psychological repercussions for her will be as severe as for the men described in Adrian Grounds’ research, however it is likely that her experience has forever changed her.

Being a victim of wrongful conviction is rare, but the effects are profound.  Even when declared innocent, those falsely imprisoned are permanently associated with the crimes they were convicted of, in part, because there will always be some who continue to doubt the person’s innocence.  Unfortunately there has been little research on psychological impact and therapies for the wrongfully convicted. Perhaps high profile stories like Amanda Knox’s can bring much needed attention.

Ronald Cotton was wrongfully convicted of rape and burglary in 1985 and again in 1987. He served ten and a half years in prison before DNA evidence proved that he was innocent. In this quote he describes the moment when he received his sentence from the judge:

On January 18, 1985, I was sentenced to life in prison plus fifty years. I stood there as the judge read my sentence. He called me one of the most dangerous men he had ever met; the district attorney said I was a ‘menace to society’. I could scarcely look at anyone, but I caught a glimpse of my mom and some of my sisters like someone had just slapped them.  I pinched my right arm as hard as I could. The crescent indent marks on my skin appeared just as the court officers moved in to take me away. This was a nightmare I couldn’t wake up from.