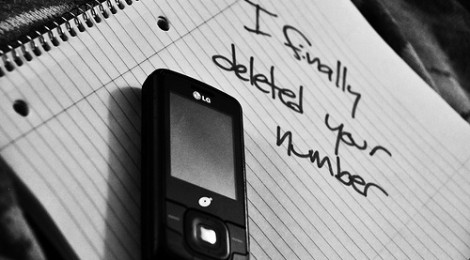 Love’s End: Attachment and the Dissolution of the Romantic Relationship

The smell of fresh cut roses, chocolates for sale, gift cards on the shelves, all signs point to one thing:  Valentine’s Day;  the holiday that celebrates the rapture of love.  While this holiday can be an opportunity for those in love to express their appreciation for one another, it can also be a trying time for those who have yet to find love, or for those who have recently ended a relationship.

I, like many, can certainly relate to the latter.  Earlier this year I ended a ten year relationship, one of the more difficult decisions I have had to make.  Now, with Valentine’s Day just around the corner, this will be the first time in nearly ten years that I will find myself alone on the most amorous day of the year.  Perfect timing to write a piece on break-ups, and the ways attachment patterns can affect our response to and ability to cope with love’s end.

Those with a secure attachment style tend to have more positive relationships.  They possess good communication skills and are able to strike a balance between intimacy and independence in relationships.  Those with an insecure pattern, such as one of the three adult insecure attachment styles described by Psychologists Kim Bartholomew at Simon Fraser University and Leonard Horowitz at Stanford, tend to report more negative relationship characteristics.

Insecure styles include:  anxious-preoccupied, dismissive-avoidant, or fearful-avoidant.  Those with an anxious-preoccupied style are more likely to be clingy and impulsive, whereas those with a dismissing-avoidant style are more emotionally withdrawn from their partner and tend to seek less intimacy in relationships. The fearful-avoidant style, as the name implies, is associated with considerable fear in the relationship, fear of closeness, along with fear of loss.

Attachment also appears to play an important role in the way people handle the dissolution of a romantic relationship.  Research has shown that the more emotionally involved one is in a romantic relationship and the greater the investment in their partner, the more distress they experience at the time of the break-up, particularly if they are not the one initiating the end.  Attachment styles are often activated at times of distress and they can either help or hinder one’s ability to effectively transition out of the relationship. Those with a secure attachment style usually have the healthiest response to break-ups.  They are more likely to turn to close friends and family for support as opposed to using drugs or alcohol as a means of coping.  They are more open to authentically grieving the loss, and are better able to understand, or empathize with their partner’s reasons for the break-up which allows them to respond in a less hostile manner.  And –this is important in regard to future relationships — they are less likely to blame themselves for the relationship ending.

People who have an anxious attachment style are more likely to turn to unhealthy coping strategies, such as abusing drugs or alcohol in the wake of an emotionally distressing situation such as a break up.  They are prone to jealousy after the end of a relationship, particularly if they are not the ones who ended it, and they will be more likely to try to re-establish the relationship, even if the relationship wasn’t a healthy one.  Some research suggests that those with an anxious attachment style would be the most likely to engage in unwanted pursuit behaviours such as stalking, threatening, or even attempting to physically harm their previous partner.

Those with an avoidant attachment style tend to turn less to friends and family after a break-up, and are more likely to use drugs or alcohol as a means of coping.  They may avoid the former partner, sometimes going so far as to change jobs or schools, consistent with the inclination to suppress distressing thoughts, or in this case any reminders of their former relationship.

Why is it important to understand how attachment in childhood affects our relationships in adulthood?  In part because it demonstrates the importance of healthy infant-parent bonding.  The attachments we form to our primary caregivers in early childhood and the relational patterns that we develop, for the most part, depend on how our caregivers respond to our needs.  Once formed, it can be difficult to change an attachment style, it becomes a pattern that tends to carry over into later relationships, and that can significantly impact the quality and stability of our adult romantic relationships, as well as our responses to distressing situations such as arguments or break-ups.

How we respond to a break-up can have adverse consequences on our long-term physical and mental health.  As described above, those with a secure attachment style use healthier coping mechanisms, and this allows for a more effective transition out of the relationship with fewer detrimental health effects.  Those with an insecure attachment style, however, may be more inclined to practice unhealthy coping mechanisms which could lead to drug or alcohol dependency.  Also, particularly with the anxious-preoccupied style, there is a greater tendency to ruminate on negative emotions evoked by the break-up which could subsequently lead to depression, anxiety, or other mental health issues.

As described above, once formed, attachment styles can be difficult to change.  However, there is some interesting research suggesting that given certain conditions, early attachments are not necessarily “carved in stone.”

In his 2007 book, Attachment in Psychotherapy, psychologist David Wallin considers the relationship between therapist and patient as facilitating transformation from an insecure to a more secure attachment pattern.  Broadly put, the therapist may serve as a secure base for the patient to articulate experiences they have otherwise become disconnected from.  The key is to help patients reflect on the experiences of the self, which Wallin argues may lead to the development of a “reassuring internal presence,” and subsequently, to feelings of “security, acceptance and connection.”  This process may allow the client, particularly through their attachment with the therapist, to transform insecure attachment patterns.

Although our attachment patterns in childhood can set us on a course affecting psychological development and adult romantic relationships, attachment styles are not rigidly fixed, they incorporate subsequent life experiences as well as the responses of those close to us in the context of those experiences.  How we navigate through all this may be based partly on our own relational history, but also on the choices we make both in love and in love’s end.

← Trauma and the Humanitarian Aid Worker
Never Before Have I Loved So Much: Review of Tosca →