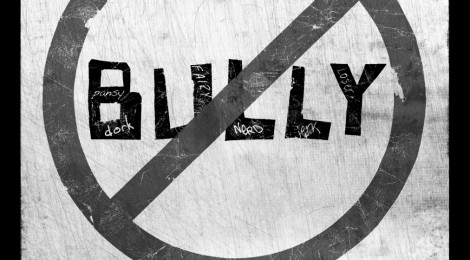 According to the American Academy of Child and Adolescent Psychiatry, close to half of all children experience school bullying in primary or secondary school, and at least ten percent of children are bullied regularly.

Although some may shrug bullying off as part of normal childhood, director and cinematographer Lee Hirsch takes these numbers to heart. His documentary, Bully, follows the lives of several bullied teens and their struggles within the U.S. public school system.

The film opens with the story of Tyler Long from Murray County, Georgia. Alongside home video footage of Tyler’s childhood years, his father painfully recounts the boy’s history of being bullied, ending with Tyler taking his own life at the age of 17.

Hirsch then focuses his lens on 12 year-old Alex from Sioux City, Iowa, following him through an anxiety ridden first day of school. Even before stepping on the bus, two teens yell profanities at him and shun him from their conversation. Alex’s day culminates with us seeing his peers calling him names, hitting him, shoving him, and even choking him with an ease that implies it is little more than another activity to pass the time.

It is easy to vilify the children and teens committing these acts, but the film goes further highlighting less obvious antagonists. Like any good theatrical production, even a documentary requires some drama and principal Kim Lockwood is cast as “villain.”

In one scene, Lockwood reprimands a bullied student or victim, rather than the one actually doing the bullying. Lockwood even suggests the two boys try to become friends by spending more time with each other. As the bullied student responds in frustration, “We were… but then he started bullying me,” it becomes painfully obvious that the ignorance of school administrators inadvertently perpetuates the problem.

Bully manages to show that the onus of responsibility rests not only with the school, but also with parents. Alex’s bus footage was so disturbing to Hirsch and his crew they decided to share it with his parents. Although horrified, they defend themselves saying they had no idea, and that Alex didn’t tell them what was happening. Earlier in the film, however, his father is caught on tape encouraging Alex to use self-defense when he mentions the verbal harassment he is experiencing.

Hirsch captures the difficulties parents have in confronting their children’s bullying problems. Parents can only do so much with the little information many children, especially pre-teens and teenagers share with them. Even when they are aware, parents may not have the power or resources to solve the problem. Hirsch manages to express the struggle parents and children have in finding solutions.

Stagnancy is woven throughout the film as an underlying theme: parent’s ignoring bullying, administrators aware of the issue yet failing to organize or initiate change, and police giving empty warnings to transgressors. Framed in his camera at the town meeting organized by the family of Tyler Long (one of the teens who committed suicide), a parent expresses this sentiment in tears stating, “They don’t care.” In this moment, the film poignantly captures the frustration parents experience regarding general ignorance and apathy around the bullying issue.

As the film progresses, it begins to expose a common thread amongst the bullied: They are in some way different from their peers.

Alex was born at 26 weeks gestation. With distinguishable facial features, resulting in the nickname “Fish Face,” and difficulties understanding social cues he was an easy target. Similarly, the film follows another teen, Kelby, a 16-year-old recently out-of-the-closet, transgender teen fighting to make a place for himself and others like him, at his bigoted high school.

The documentary also provides an in-depth look at the multitude of consequences. Alex and Kelby are victims who suffer in silence, but we also see what happens when victims take matters into their own hands, including violence. Fourteen year-old Jameya Jackson found herself in a juvenile detention centre for holding her peers at gunpoint. Her mother could not believe that her girl would do such a thing, but as interviews unfold it becomes apparent that this quiet shy child was provoked into desperate measures.

Hirsch does an impeccable job distilling the horror-stories, shining light on the shortcomings of administrators, police, and parents; however, the film is not without its problems.

With the film mostly dedicated to the daily harassment of preteens and teenagers, only the final part presents information on an anti-bullying campaign, Stand for the Silent, organized by a parent who lost their child to bullying-related suicide. Also, it would have been interesting if Hirsch had interviewed students who bully others (as well as their parents) to help understand the issue from their perspective.

But aside from these blind spots, the film does cover the bullying issue, and gives a raw and genuine look at the problem.

Alex’s own words clarify why this film was made:

“I’m starting to think… I don’t feel anything anymore.”

No doubt, this film will make you feel something.

← Living in the Shadow of the Holocaust: A Family Matter
LOL: How Laughter Can Improve Your Health →