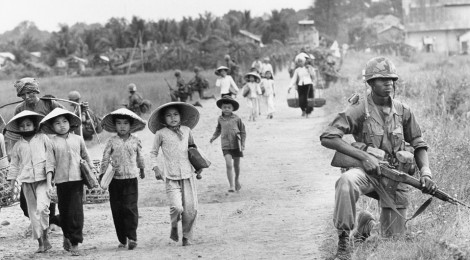 Lest we Forget: Three Decades after the Cambodian Genocide

tmastor / July 26, 2013 / Comments Off on Lest we Forget: Three Decades after the Cambodian Genocide / Clinical Practice, Events, News, Research, Uncategorized

Cambodia is one of the world’s poorest countries, with 30% of the population living on less than a dollar a day.  And economic hardship is not this nation’s only concern:  Cambodia and its people are plagued by a traumatic past.  Cambodian psychiatrist Muny Sothara considers as many as 47% of the population there to be suffering from Posttraumatic Stress Disorder (PTSD).

Those figures extend to Cambodian refugees living in the United States.

The reign of terror by the Khmer Rouge began on April 17, 1975.  Led by dictator Pol Pot, what followed was four years of depravity and genocide, involving execution, forced labour, and starvation that took approximately two million lives –one quarter of the population.

In Dith Pran’s non-fiction book, Children of Cambodia’s Killing Fields: Memoirs of Survivors, Sarom Prak, a young teenager and survivor of the genocide, recalls the horror.  “The Khmer Rouge killed teenagers.  They held their arms up, disemboweled them, and cut out their livers and gall bladder and put them into sacks.  Some of the Khmer Rouge soldiers ate the livers of their victims.  The young boys moaned and shouted out in pain.  They disfigured their bodies and slashed the throats of young children and babies.” While the people of Cambodia lived through unimaginable atrocities, the rest of the world remained oblivious.  In Cambodia’s Curse, Joel Brinkley purports that with the overshadowing of other global problems such as the hostage crisis at the American Embassy in Tehran in 1979, “nobody knew and nobody cared” about Cambodia.

The denial and illusion spread so far that even famous authors such as Noam Chomsky published articles insisting that the rampant deaths in Cambodia were a myth.  Although the exact reason is difficult to pinpoint, many sources indicate that complex foreign policies aligned countries like the US against Cambodia’s previous rulers and Vietnam.

By January, 1979, the Vietnamese had captured Phnom Penh and freed the Cambodian people from the grip of the Khmer Rouge.  However, the nightmare was not over.  Between the threat of starvation and disease and land mines, an additional 650,000 Cambodians died in the year after the Khmer Rouge lost power.  Those who survived fought for a place in a refugee camp, which lacked proper supplies and facilities.

Following the overthrow of the Khmer Rouge, many Cambodians sought refuge in North America.  Living in camps, with the physical threat behind them, the survivors now had to face the psychological damage that had been done.  Faced with nightmares, anxiety, and other mental health issues, it seemed that the refugees would never be free from the terror of the Khmer Rouge’s reign.

In a 1984 study of children and adolescent refugees arriving to the United States from Cambodia, psychiatrists David Kinzie and William Sack found that 46% had been separated from their parents for at least two years, 60% had been beaten or witnessed someone in their family being beaten, 63% had a parent killed (many of whom were forced to watch), 83% were malnourished, and 38% narrowly escaped being murdered.

In 2005, the American Medical Association conducted in depth interviews with a native Khmer speaker and found that most of the incidents listed above actually occurred in 90% or more of the people they talked to.

In addition to the lasting psychological effects of living so long under a sadistic dictator, those refugees who landed in the United States encountered a whole new set of problems.  With no knowledge of American culture or the English language, adjustment to their new life was tough.  They were now minorities facing discrimination and poverty.

Now over three decades later, not only do these effects persist in the Cambodian refugees, but they are also present in the victim’s children.  Some statistics show that as many as 50% of children born to survivors of the Khmer Rouge reign suffer from PTSD-related symptoms such as anxiety and depression, despite the fact they were never directly exposed to the trauma.

The brutality inflicted by the Khmer Rouge left the surviving Cambodians living in a constant state of trepidation marked by nightmares, detachment, depression, and general “numbness.”  These symptoms have had a significant effect on their children.  The traumatized parents find it difficult to provide their children with emotional support and security, resulting in poor attachment and the perpetuation of their own mental health problems. Many of the refugees suffering from the effects of this trauma are unemployed and live on welfare, leaving their children to grow up in poverty with poorer education and a higher risk of developing a drug and alcohol problem.

Researchers at UCLA report that they have isolated three genes that potentially mutate with the presence of PTSD which are purportedly passed along, making offspring more susceptible to mental health issues.

The issue of treatment is a difficult one.  As with other victims of trauma such as war veterans, funding is low and there are limited resources available.  The Cambodians face additional challenges in accessing treatment due to cultural and language barriers; and effective coping strategies in Cambodian culture differ from those of North America.  That coupled with the inability to communicate effectively with those trained to help, makes the management of their mental health symptoms very difficult.

The genocide inflicted by the Khmer Rouge happened over 30 years ago.  The simple passage of time does not heal everything.  The horrors that took place in Cambodia in the late 1970’s are long-gone, but they are far from forgotten in the families that have lived to talk about them.