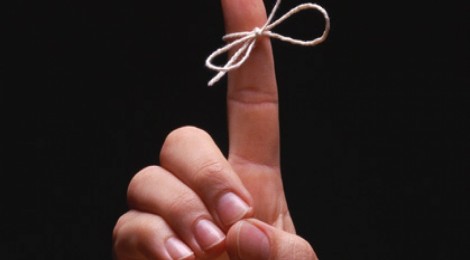 Memory can be a double edged sword.  It holds our identities, our relationships, our histories.  But when memory holds our most unspeakable stories, it can become a painful burden.

Sufferers of PTSD live with this reality.  Many cannot forget.  Recent studies have found that a gene, called tet1, plays a central role in forgetting such traumatic experiences.

Massachusetts Institute of Technology researcher, Andrii Rudenko, found that when people with normal levels of this gene experience a traumatic event, the triggers to traumatic responses become extinct over time.  For example, if you were bitten by a dog after walking past a neighbour’s house, you may be reluctant to walk by that same house again.  And if you continued to walk past the house and nothing happened, eventually the association with being bitten and walking past that house would become extinct –you would no longer fear walking past the house.  However, people with PTSD do not form these new associations, and would continue to fear walking past the neighbour’s house. Currently, one of the most effective treatments for PTSD is exposure therapy, where patients learn new associations by being exposed to the triggers of PTSD in safe environments.  This can include practicing driving on a driving simulator for someone who is afraid to drive due to a motor vehicle accident.  Over time, patients begin to learn that driving is not as dangerous as they came to believe.

The tet1 gene aids in the expression of genes in the brain that help people form new memories and cover up old ones.  However, when a person has low levels of this gene, old and traumatic memories are not masked.

A process called DNA methylation blocks the expression of the promoter genes that are responsible for forming new memories.  The methylation process is lowered by tet1 and other tet proteins in areas of the brain that are important for forming memories, including the hippocampus and the cortex.

Simply put, the more tet proteins, the more expression of promoter genes and memories formed. Conversely, even though low levels of the tet1 gene make learning new things difficult, it has been hypothesized that fear responses are so strong that tet2 and tet3 proteins can compensate for the demethylation processes of tet1 proteins.  Therefore, memories are formed during strong responses to fear or traumatic events, but with a lack of tet1 proteins, new memories are not formed to replace the old memories, and chronic PTSD is the result.

Li-Huei Tsai, director of MIT’s Picower Institute for Learning and Memory, told MIT news  that “if there is a way to significantly boost the expression of these genes, then extinction learning is going to be much more active.”  That is, if we can find a way to boost the expression of the tet1 gene, then people’s traumatic memories will be covered up by new memories quicker.

Memory extinction, prefrontal lobotomies, and other psychosurgeries have been a topic of popular film and literature.  It’s not surprising that questions on how these findings may be applied to PTSD treatment have raised eyebrows. According to Tsai, “What happens during memory extinction is not erasure of the original memory.”  Instead, new memories and associations can be formed and old ones forgotten.  In the case of the mice, the mice with the higher levels of the tet1 gene begin to learn that the cage is safe, and forget that it was once dangerous.  In Rudneko’s view, “association with safety is rebuilt.”

Manipulating tet1 proteins in the brain and combining exposure therapy may bring new PTSD treatment possibilities.  This method might even be used to assess a person’s genetic predisposition to PTSD.  One imagines a possible screening tool for applicants to jobs with exposure to highly stressful events, like police officers.

This research is still in its infancy.  Yet it shows promise for those who, despite their best efforts, can’t find a way to forget.

← What the tweet could not fit – for Tyler
Artistic Japanese Outsider, Kiyoshi Yamashita →