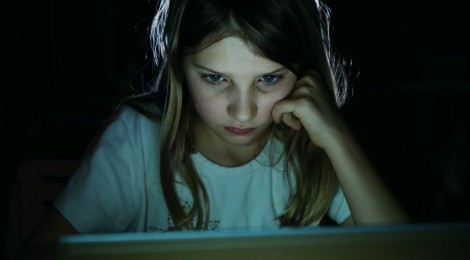 In 2013, 17-year old Grainne Binns came forward to the Daily Mail with her story of having anorexia nervosa, an eating disorder defined by a distorted body image, and intense fear of being or becoming fat.  Months of restricting food intake meant Binns’ weight plummeted to 84 pounds.

Her inspiration, she explained, was admiration of girls on pro-ana and thinspiration blogs and websites.

The sites claim not to promote eating disorders, yet pro-ana (pro-anorexia) websites provide diet plans with dangerously low caloric intake, and ways to eat less and burn more calories, as well as “inspiration” through images of very thin models and celebrities.  They advance the idea of anorexia nervosa as a lifestyle rather than a mental illness.

Researchers at the Department of Communication at Wayne State University assert that the biggest appeal of pro-ana websites is their ability to provide social support and a sense of self-expression.  Offline, people with eating disorders often face stigma when voicing anti-treatment views and eating habits to friends and family.  Online, the websites become a sanctuary where users are free to express their views and have them met with agreement and support.

Shared writing about issues of self-esteem or feeling misunderstood, in fact, may be therapeutic, often providing a sense of community.  Emotional support and validation from other users seem to be part of the appeal of pro-ana websites. In a study by Professor Nicole Martins, and Ph.D. Candidate Daphna Yeshua-Katz at the Department of Telecommunications at Indiana University, interviews with regular pro-ana bloggers revealed that many felt the websites granted permission for them to continue with their eating disorder.  Bloggers also worried they would be seen as wanna-rexics (wannabe anorexics) by other online community members for not meeting their weight loss goals.

Binns knew this feeling well, describing her need to please other users when they would comment that she appeared fat in her photos.

Sonya Lipczynska, information specialist of the Institute of Psychiatry at King’s College, also describes how the cult-like nature of pro-eating disorder websites are enabling harmful behaviour.  Personifying anorexia nervosa, writers on some sites refer to the disorder as if it were a real person, “Ana,” who members must appease by following rules and dedicating attention to making “her” happy.  These rules, known as “Ana’s Laws,” reinforce the fixation users have with being thin.

Some patients get so addicted to the appeal of pro-ana websites that they use them in secret, despite being advised against doing so by their therapists or other mental health professionals.

Although these websites are active, certain efforts are being made to discourage use.  Social media sites such as Tumblr and Instagram have changed their terms of service to ban the posting of thinspo images. And a growing number of pro-recovery websites promote optimistic thinking and positive self-image through the use of inspirational quotes, pictures, and community support.  Users get the message that they can successfully beat their eating disorder, along with recovery tips and referral information to get professional help.

Still, pro-ana websites should not be dismissed.  What we need to appreciate is that the support and understanding the sites give to users make them not only popular, but addictive.

And there may be a lesson or two here for family, friends, and those in the mental health community invested in recovery from eating disorders:  The best way to address concerns about pro-ana websites is to provide the same level of support and understanding offline as users now get online.  And, eating disorder websites devoted to recovery need to provide a similarly supportive community as well.

In the case of Grainne Binns, the road was difficult.  But, it was the support of family and friends that allowed her to delete her pro-ana blog and start a new one about healthy living, ultimately facilitating her recovery.