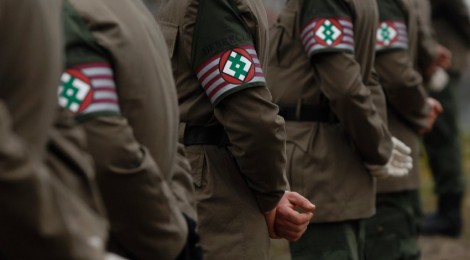 The rise of ultra-nationalism and authoritarianism in Hungary has been accompanied by an increase in hostility and violence toward its Romani civilians.

The occupation of the Romani village Gyonyopata by the right-wing paramilitary group known as the Civil Guard Association, or, Szolt Bayer’s (co founder of the Fidesz Party) call for a final solution to the “Gypsy question” are examples of renewed hostilities.

Canada is now a preferred destination for Roma seeking refuge outside Hungary.  However, the shorter deadlines proposed for the provision of supporting documents for asylum seekers will likely pan out as unrealistic for fleeing Roma.  If such new policies were to go through, they would indeed lack sensitivity to the imminent danger Hungarian Roma are currently exposed to.

When speaking with the Toronto Star, Citizenship and Immigration Minister, Jason Kenney claimed that most Roma come to Canada to exploit social programs, returning to Hungary once they are done reaping the benefits.  The reputation is further tarnished by those few who, once earning refugee status,  conduct crime in Canada.

To get a better grasp of the history of the Roma, the stigma surrounding them, and their current situation both in Hungary and as asylum seekers in Canada, The Trauma & Mental Health Report spoke with Natasha Beranek, a sociocultural anthropologist at York University, with a research background on Romani people. Beranek:  The majority of Romani refugees and immigrants who come to Canada hail from former Eastern Bloc communist countries where employment was universal. So, for those who were old enough to be adults prior to 1989, full-time employment would have been their ‘set point’.  For a lot of Roma, gradually putting aside money so that they can buy one-way plane tickets to Canada is simply outside the realm of possibility. This means that a lot of Romani persons who actually manage to make it to Canada are often already relatively ‘better off’ financially than those Roma who remain in Europe (although not necessarily by very much). While a small number of Romani persons have engaged in illegal activities in Canada, the majority of Romani refugees are individuals who do not engage in criminality.

Assumptions about the Romani people stem from a history of stigmatization dating as far back as the 14th and 15th centuries.  The perceptions surrounding this ethnic group are those of criminality, illegal behaviours, and a lack of work ethic.

Beranek:  In pre-industrial Europe, feudal societies were the norm.  Eventually, the nomadic Roma came to be viewed by those in power as problematic due to their means of subsistence outside of the formal economy.  As time went on, their movements were restricted and they became subject to persecution.

More recent historical roots of the association of Romani people with criminality can be traced to the 1989 fall of communism in Eastern Europe.

Beranek:  Given that many Roma were unskilled workers in communist industry, the post-1989 transition to a market economy led to massive unemployment and underemployment among Romani populations.  Romani individuals growing up in these newly democratic, capitalist societies had a vastly differently worldview from their parents and grandparents when it came to their chances of enjoying employment opportunities upon reaching adulthood.  Infrequently this has led to illegal economic strategies (e.g. involvement in drug sales, prostitution, human trafficking, theft, fraud, etc.) Being caught between underemployment and the hopelessness brought on by stigma can have devastating effects on Romani families.

Beranek recalls doing fieldwork in the Czech Republic and staying with a Romani woman, who she referred to as Veronika, at a time when Veronika’s husband had just recently passed.   Despite having been an exceptional father and well reputed man, during the last 10 years of his life, Veronika’s husband had become an alcoholic.

Beranek:  Veronika identified the end of communism as the catalyst for her husband’s downfall.  After no longer being the breadwinner of his family, his drinking intensified, his health deteriorating alongside.

Stories like this give us reason to question how the increasing hostility and discrimination against Romani people might worsen the already existing psychosocial problems existing within the Hungarian-Roma community.  It’s important to consider the role countries (like Canada) might play in helping refugees escape such circumstances.

Beranek:  Immigration has become a lot stricter overall, not only in Canada.  Although circumstances that face Romani asylum seekers are unique, I view them as also indicative of a much bigger phenomenon, in which those who are crossing borders are “guilty until proven innocent”.

One might say that the Romani situation highlights Canada’s inadequate position and relation to global social justice, as the political decisions made in this case may contribute to either the recovery from, or the maintenance of, a cultural psychosocial trauma.

← A Portrait of Domestic Abuse
ReMoved →