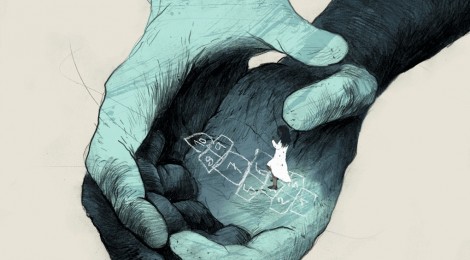 The stigma of pedophilia and the fear of criminal consequences often prevent non-offending pedophiles from seeking help. Non-offenders who confess sexual urges toward children are usually turned away by professionals who are untrained or unwilling to help, leaving these adults or adolescents to struggle on their own.

The Diagnostic and Statistical Manual of Mental Disorders defines a pedophile as someone who has “recurrent, intense, sexually arousing fantasies, sexual urges, or behaviours involving sexual activity with a prepubescent child or children.” To be diagnosed with pedophilia, the person must experience these symptoms for at least six months, and feel serious distress from the sexual urges and fantasies.

As an under-researched population, it is hard to know the precise number of non-offending pedophiles. Michael Seto, Director of the University of Ottawa’s Forensic Research Unit, estimates that up to 9 percent of men have fantasized about having sex with a prepubescent child. It is now believed that approximately 1 to 5 percent of men identify as a pedophile.

Adam (name changed), a non-offending pedophile, first noticed his attraction toward young children when he was 11. In a Matter Magazine interview with award-winning journalist Luke Malone, he describes his adolescence as a period of agonizing self-hatred:

“I was passively suicidal for a long time […] A lot of it was, ‘I’m a monster’ for having viewed [child pornography], but also just for having these attractions.”

There is currently no system in place in Canada to treat those who are sexually attracted to children, but have not acted upon these urges. Mandatory reporting laws, which make professionals responsible for reporting suspicion of child abuse to Child Protective Services, often deter non-offending pedophiles from seeking treatment. In Ontario, this requirement exists under the Child and Family Services Act.

Elizabeth Letourneau, Director of the Moore Center for the Prevention of Child Sexual Abuse at Johns Hopkins University, is a leading force in prevention programming targeting non-offending pedophiles. In an interview with TIME Magazine, she describes her experiences working with this population.

“I’ve spoken to young men who were horrified to realize they were attracted to younger children in adolescence, and that they were not growing out of their attraction. They described appalling childhoods, living in self-imposed isolation for fear of being discovered and labeled a pedophile. Several expressed self-loathing. Many considered suicide. As adolescents, they wanted help controlling their sexual impulses, but had nowhere to turn for help.”

A U.S. researcher in the field of primary prevention, Letourneau calls for the development of a “culture of prevention” around pedophilia. She advocates for preventative therapy for both non-offenders and offenders alike:

“If they could have just turned to someone to talk about this, a professional who’s going to treat this objectively and see them as a person of worth, who’s going to know that they’re not bad kids, that they’re good kids but they have this aspect of them that they really need help controlling. That’s what they’re looking for and that’s what I hope we can provide.”

Many non-offending pedophiles like Adam desperately turn to the internet for social support. In his words:

“For a pedophile, there is almost no place to go and get information or any sort of help, I’m sure that there are pedophiles who kill themselves who will never reveal or admit to it, even in a suicide letter. I think there’s probably a lot more than people would realize.”

Adam now leads an informal online support group for pedophiles in their teens and early twenties who want help battling this issue. There are a total of nine members, between sixteen and twenty-two years of age. All members need to abide by two rules: no previous history of offending and complete abstinence from child pornography.

Other self-help resources exist online for non-offending pedophiles. Virtuous Pedophiles, the largest online pedophile support group in the U.S., currently has 318 members and operates under the simple belief that sex with children is wrong.

In Germany, prevention efforts are already in place. Thousands of self-identified pedophiles reach out to Prevention Project Dunkelfeld, a therapeutic program that targets non-offending males attracted to children. Germany does not have mandatory reporting laws, making it easier for non-offending pedophiles to seek treatment.

In accordance with recent research on pedophilia claiming a neurobiological basis to the disease, Klaus Beier, director of the German project, believes that, at the very least, a minor attraction to children is a fixed part of a pedophile’s identity.  Dunkelfeld operates within a harm reduction framework. Rather than trying to change behaviour, the program works to manage their clients’ attraction towards children. The project offers both weekly cognitive behaviour therapy sessions and libido-reducing medication.

Paradigm shifts towards relieving stigma and treating pedophilia as a disease are key to enacting real change. It is vital to differentiate between fantasy and behavior and to offer resources to those who want to manage their condition willingly.