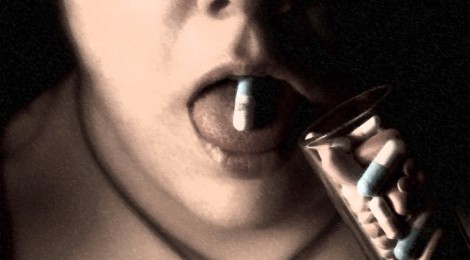 The effects of schizophrenia are profound. Characterized by delusions, hallucinations, and social withdrawal, the disorder has no known cure. The introduction of antipsychotic medications in the 1950s has helped many sufferers cope. Following diagnosis, patients usually take antipsychotics for the rest of their lives.

But recently, a 20-year study by professor emeritus Martin Harrow and colleagues at the University of Illinois found evidence to support alternative treatment methods. In fact, non-medicated patients in the study reported better community functioning and fewer hospitalizations than patients who stayed on antipsychotics.

So why do medications continue to be the most commonly prescribed treatment for schizophrenia?

Antipsychotic drugs are the largest grossing category of prescription medication in the United States, with a revenue of over $16 billion in 2010. And much of the research that exists on treatment of schizophrenia is directly funded by pharmaceutical companies, making it challenging for independent researchers like Harrow and his team to get studies published. A bias exists towards silencing unfavourable research. The Washington Post wrote an article in 2012 claiming that four different studies conducted on a new antipsychotic drug called Iloperidone were never published. Each of the studies pointed to the ineffectiveness of the drug, finding that it was no more effective than a sugar pill for the treatment of schizophrenia. A publication bias like this is worrisome.

Research has also shown that staying on antipsychotic drugs for long periods of time negatively impacts brain functioning and could potentially lead to a worsening of some of the initial symptoms of the illness, including social withdrawal and flat affect.

A growing body of research is focusing on cognitive therapy and community based treatments for schizophrenia, as either a replacement for or in combination with traditional pharmacological treatments. So far, outcomes have been promising. A study by Anthony Morrison, a professor at the University of Manchester found that patients undergoing cognitive therapy showed the same reduction in psychotic symptoms as patients receiving drug treatment. Likewise, research by psychiatrist Loren Mosher, an advocate for non-drug treatments for schizophrenia, showed that antipsychotic medication is often far less effective without added psychotherapy. One study by Mosher showed that patients receiving alternative community based treatment had far fewer symptoms of schizophrenia than patients who received traditional treatment in a hospital setting.

When antipsychotic medication was introduced, many hoped it would represent the magic pill for an illness previously thought to be incurable. But little was known about the long-term effects, and even today, many claims of medication efficacy or lack of side effects remain questionable.

Research in schizophrenia is burgeoning and whether a safer, more effective treatment can be developed remains to be seen. Yet for such developments to be possible, it is important for the scientific and medical communities to open themselves up to the possibility of alternative treatments instead of limiting research that challenges the status quo. While antipsychotic medications offer great benefits in terms of reducing acute positive symptoms like hallucinations or delusions, they are by no means a cure.