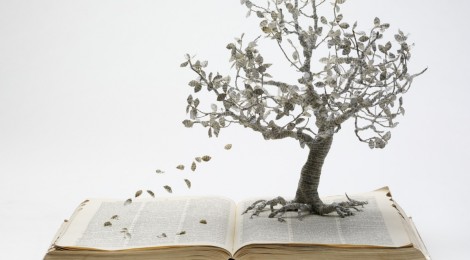 Prisoners Gain Understanding of Others through Literature

Does reading have the ability to increase empathy? Writer and activist Alaa Al Aswany thinks so. He believes that the role of literature has been captured by the single word ‘also’ from the Dostoyevsky novel The House of the Dead, in which a prisoner, witnessing the death of another, comments “He, also, had a mother.” Aswany says that in this context, the word ‘also’ is an attempt to understand what is common to all humans, and that this understanding is the essence of literature.

Literature as a tool for human understanding and empathy… The idea has been a powerful socializing influence in a very unlikely setting: prison.

The organization Book Clubs for Inmates facilitates 22 book clubs across Canada to allow inmates in federal penitentiaries to read and discuss novels. Their slogan is ‘Literacy, Self-Awareness and Empathy’. They reason that most inmates will re-enter society at some point and, by encouraging reading while in prison, the organization believes that prisoners can improve vital social skills.

Volunteers guide conversations through themes that range from self-sacrifice to overcoming adversity, and how these topics relate to inmates’ lives. Through these discussions, prisoners develop pro-social skills, such as taking turns speaking and listening, which may enable easier reintegration later on. “The Book Club is an enormous source of intellectual and social—sometimes even spiritual—inspiration to both myself and the many others who attend. I have watched men in that group realize their potential to analyze and reflect that I don’t know if they even realized they had.”

Research conducted by David Kidd and Emanuele Castano at The New School for Social Research in New York provides evidence to support idea that literary fiction can enhance the capacity to understand the thoughts and feelings of others.

In their study, participants read randomly assigned texts, either non-fiction, thrillers, romance, or literary fiction. After reading, they perform a series of tasks to measure empathy, social perception, and emotional intelligence by examining how accurately the participants could identify emotions in others. For example, one task involves inferring emotion simply from a picture of someone’s eyes. Scores of empathy were significantly higher for those who had read the literary fiction.

Kidd and Castano explain this phenomenon as literary fiction’s ability to leave more to the imagination by not explaining characters’ behaviour explicitly. Readers then have the freedom to make inferences about characters’ thoughts and motivations. This kind of interpretation requires sensitivity to emotional nuance.

“In literary fiction, the incompleteness of the characters turns your mind to trying to understand the minds of others.” Readers can then carry this awareness into the real world to understand others who are different and think differently. Kidd argues that this transference is to be expected:

Current research in the neurosciences supports the idea that reading allows people to experience life from a character’s perspective. A study at Carnegie Mellon University found that reading a Harry Potter excerpt, in which Harry rides a broom, activates the same brain regions that would be responsible if one were to actually fly a broom. That is, readers live vicariously through the characters they read about in literary works.

Raymond Mar, a social psychologist at York University, stresses the role of fiction in teaching empathy to children as well, saying that “Even though fiction is fabricated, it can communicate truths about human psychology and relationships,” which can be very important lessons for the developing child.

Exposure to fiction can improve children’s social functioning, as well. Not only does it allow them to step into another’s shoes, improving empathy, but it helps to develop vocabulary for their feelings, allowing them to communicate more effectively. Mar views reading as developing their theory of mind, their ability to understand others’ thoughts, desires and motivations.

As one inmate said:

“When you’re reading books, you realize that the world’s not all about you. You’re not the only one going through these trials and tribulations. You get to have a little empathy for other people.”