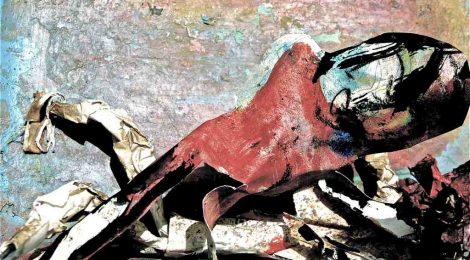 In January 1999, Pierre Daviault, a 24-year veteran constable of the Aylmer Police Services in Quebec, was arrested on 10 criminal charges for allegedly assaulting and drugging three ex-girlfriends between 1984 and 1999. Daviault resigned from the police force a few days later, but he was only sentenced to three years’ probation, no jail time.

In their 2015 book Police Wife: The Secret Epidemic of Police Domestic Violence authors Susanna Hope (pseudonym) and Alex Roslin describe instances of police spousal abuse within the U.S. and Canada, reporting that at least 40 percent of U.S. police-officer families experience domestic violence, compared to 10 percent of families in the general population.

Some officers are speaking up. Lila C. (name changed), a Canadian corrections officer (CO), was interviewed by the Trauma and Mental Health Report to discuss the growing issue of spousal abuse in Canadian law enforcement. Lila’s former colleague, Stephanie (name changed), was a victim of abuse. Awareness of Stephanie’s predicament, and the inability to do anything about it, affected Lila’s mental health more than anything else on the job.

“Steph and I bonded very quickly and we were very open with each other, which is normal when two COs work together so often. But she never actually told me about the abuse she was taking at home. I noticed bruises on her neck myself.”

Stephanie’s perpetrator was her husband—a long-time police officer of the Peel Regional Police in Ontario. He was a man Lila knew well, and considered a friend:

“At first I didn’t want to believe what I was seeing and I kept quiet for the first few hours of our shift that day. But eventually, I asked ‘what’s that on your neck, what’s going on?’ And then came the breakdown period and she told me everything.” Upon opening up to Lila, Stephanie revealed that she was frequently abused by her husband at home, both physically and verbally.

“My first gut response was ‘you need to leave him and tell someone’. I mean, how could he continue to work in law enforcement, deal with these types of cases on the job, and then go home and abuse his wife off the job? But Steph wouldn’t do it—she wouldn’t leave him. She felt that she wouldn’t be able to have him arrested. If she called the police to report him, who would believe her?”

In Police Wife, authors Hope and Roslin argue that one factor perpetuating abuse is that many officers think they can get away with it.

Carleton professor George Rigakos explains in an interview with Hope and Roslin: “A major influence in the use of domestic violence is a lack of deterrence. If there is no sanction, then it’s obvious the offence goes on.”

Referred to as the “blue wall of silence”—an unwritten code to protect fellow officers from investigation—officers learn early on to cover for each other, to extend “professional courtesy.”

And when a woman works up the nerve to file a complaint, police and justice systems often continue to victimize her. She must take on a culture of fear and the blue wall of silence, while simultaneously facing allegations of being difficult, manipulative, and deceptive.

“I mean, I saw her almost every day and it was a huge elephant in the room. We didn’t bring it up again. And though I didn’t see her husband often, when I did see him, it was weird. He had no idea that I knew—I just couldn’t be around him, knowing what he was doing. But there was no getting away from the constant reminder of this unspoken and undealt-with abuse.” Knowing both the victim and the perpetrator, knowing that the abuse was not being addressed on a systemic level, and feeling powerless to do anything about it herself affected Lila’s mental health and enthusiasm about the work she was doing:

“About two months in, I started having panic attacks on my way to work and even during my shift. I vaguely remember nights where I had bad dreams. It’s weird, I wasn’t even the one being abused, but I felt unsafe. I knew that I couldn’t say anything, because it would probably make things worse. I feared for Steph’s life, but in some strange way, I also feared for my own.”

Many officers face ostracism, harassment, and the frightening prospect of not receiving support when they do not abide by the blue wall of silence. Believing she would not be taken seriously if she decided to come forward (because of her gender) only amplified Lila’s sense of powerlessness and anxiety.

“I know that the system is unjust towards women, and that makes this situation even more hopeless to confront.”

Stephanie eventually left the corrections facility where she and Lila worked, and they gradually lost touch. Lila doesn’t know if Stephanie is still with her husband, and looking back she partly wishes she had said something about it.

Hope and Roslin explain in Police Wife that we are often reluctant and afraid to intervene if we think a friend or family member may be in a violent or abusive relationship. They encourage bystanders to acknowledge the courage it takes to reach out.