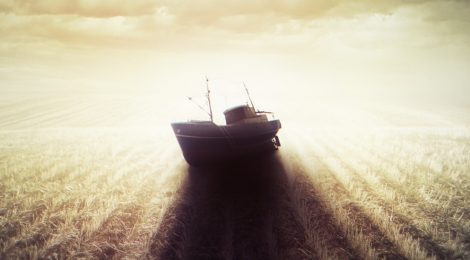 The author of “Alone”, Edgar Allen Poe, experienced many setbacks in his short life. These influenced his writing and helped define his literary style. First, he was orphaned by age three. Although he was taken in by a wealthy family, they did not support his dream of becoming a writer. By college, he was destitute, and his fiancée became engaged to another man.

From childhood’s hour I have not been
As others were; I have not seen
As others saw; I could not bring
My passions from a common spring.
From the same source I have not taken
My sorrow; I could not awaken
My heart to joy at the same tone;
And all I loved, I loved alone.
Then – in my childhood, in the dawn
Of a most stormy life – was drawn
From every depth of good and ill
The mystery which binds me still:
From the torrent, or the fountain,
From the red cliff of the mountain,
From the sun that round me rolled
In its autumn tint of gold,
From the lightning in the sky
As it passed me flying by,
From the thunder and the storm,
And the cloud that took the form
(When the rest of Heaven was blue)
Of a demon in my view.