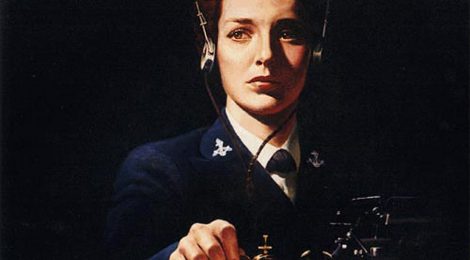 In February 2016, Gail—a 911 dispatcher with Toronto Paramedic Services—found herself in tears at work. She had just received a call about Wallace Passos, a three-year-old boy from Toronto, who fell from a 17-story apartment building to his death.

At age 57, Gail has been working as an Emergency Medical Dispatcher for 15 years. Taking calls from around the city, she dispatches the closest ambulance. All dispatchers are expected to work 12-hour shifts, at times with only one colleague on duty.

This past year, Gail’s job became especially difficult for her when she was diagnosed with Post Traumatic Stress Disorder (PTSD). Gail recently spoke with the Trauma and Mental Health Report to discuss the experience that led to the diagnosis:

“I’m still haunted by the sounds of the family crying on the phone after the three-year-old fell off the building. I imagine the boy in pain, and it’s just awful.”

Gail is not the first emergency dispatcher to experience PTSD symptoms. A study conducted by researchers at Northern Illinois University described how 911 dispatchers are exposed to duty-related trauma, which is defined as an indirect exposure to someone else’s traumatic experience. Duty-related trauma puts dispatchers at risk for developing PTSD. Participants in the study reported experiencing fear, helplessness, and horror in reaction to various calls they received.

Along with the stress of being on the receiving end of difficult calls, emergency dispatchers also deal with the pressure and demand of following protocol, despite variability in situations. Toronto Paramedic Services follows specific protocols set by The National Academy of Dispatch. The system was developed at Salt Lake City, Utah in 1988 and incorporates a set of 33 protocols for those answering 911 emergency phone calls. On a call, everyone is treated equally and is asked the same basic investigative questions. These questions are then used to give priority to life-threatening situations and provide guidance to first responders like firefighters, paramedics, and police officers on the scene.

While the protocols can be useful for guiding dispatchers through stressful situations, in other circumstances, they can cause pain and discomfort when a dispatcher can tell that a situation is hopeless. Dispatchers are not trained to deal with each unique case differently; they are expected to follow through with the routine questions regardless of circumstances.

In the case of Wallace Passos, Gail had to give instructions for CPR despite knowing that the child was already dead.

“It’s not just that the little boy died, but I feel that I traumatized the people that were trying to help him because I was required, in my position as a dispatcher, to tell them what to do to try and save him. And I knew from their description that he was dead. But we have to follow the procedure; we have to try.”

This predicament is further compounded by the blame placed on dispatchers for negative outcomes. Gail explains:

“People curse us and call us names just because we’re doing our jobs.” Before her diagnosis, Gail often found herself crying at work without reason; she would take a call regarding a minor injury and become emotional. Her supervisor eventually gave her permission to take a leave of absence.

Over the past few months she has had disruptive sleep, nightmares, headaches, and unexplainable muscle spasms:

“I am hyper-vigilant, especially when I hear sirens. And it doesn’t have to be an ambulance; it could be a police car or fire truck. I hear the sirens and I start tensing up and looking all around me.”

Gail has been on a year-long search for proper psychological support for her PTSD. Unfortunately, there are few mental health benefits offered to dispatchers. Gail sought help from doctors, counselors, and social workers, most of whom referred her to other mental healthcare workers without providing much support.

But there is reason to be optimistic. The Ontario government passed legislation in February 2016 for better mental health support and benefits for first responders with PTSD, including 911 dispatchers.

“It made me sad that no one was stepping up and taking care of us. I want my peers to understand what it’s like to have PTSD after doing this job because I felt so alone when it happened to me. But this new legislation is huge. I think it’s very important because it’s raising awareness around this concern.”

← Can happiness lead to success?
Alone →