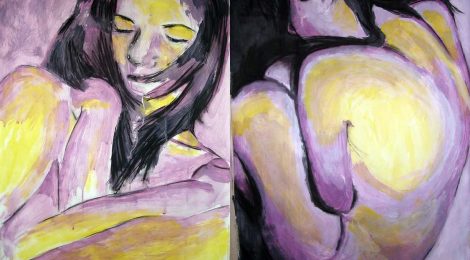 When a Sibling Dies by Suicide

“As far back as I can remember, Michael was always good at being silly. He could make me laugh harder than anyone. He was very creative, and always had a good ear for music.”

In an interview with the Trauma and Mental Health Report, Samantha (names changed for anonymity) shared her experiences living through the suicide of her older brother, Michael, when she was sixteen years old.

Michael’s battle with mental illness began as a teen. He struggled with low self-esteem and clinical depression, and consequently self-medicated.

“After my parents’ divorce, his mental health took a turn for the worse. He was always getting stoned and was generally depressed… After he took LSD with his friend, he was never the same. He was in a psychotic, suicidal state from the drug, so my parents took him to a mental hospital one night… He stayed in the hospital for a week, and was moved to a rehab facility to learn coping skills to become less dependent on marijuana. He was in an extremely dark place during his stay there, and came home in September to start school. He committed suicide on October 15, 2007.”

Samantha’s experience is not uncommon. Suicide is the second leading cause of death for young people aged 15 to 34. And according to a report published by the National Institute of Mental Health, depression and substance abuse (often in combination with other mental disorders) are common risk factors for suicide.

“Words could never express how I felt when I found out. I fell to the ground in absolute hysterics. It’s such an out-of-body memory for me… to go from having an older brother and having visions of our future together, to then in a second having all of that taken away from you.” “I remember thinking that maybe we were being ‘punk’d’, and that this was all part of a twisted social experiment to show the devastating effects suicide has on a family. That probably lasted a year or so in order to protect my brain from feeling too deeply and to help me focus on other things, like getting into college.”

Samantha began using marijuana and alcohol regularly to numb feelings of anger and loss. Her transition to college was challenging—she had difficulty balancing school work with partying, and often felt isolated.

“I felt like I couldn’t relate to most of my peers, and was extremely lonely. I was always getting high by myself, and reflecting on the past. While all of this was going on, my dad got remarried and had a baby during my freshman year of college. It was really hard for me to watch him start a new family while I was still grieving the loss of our old family.” Samantha’s decision to self-medicate to deal with her unresolved grief is common among adolescents who lack strong social support.

“I think about Michael every day… but finally I have the relationships and living environment to really dig deep and process what I’ve been through. Yoga and meditation have also played a huge part in my healing process, as well as hula hoop dancing.”

In fact, yoga and meditation can help the healing process. Research by psychology professor Stefan Hofmann and colleagues at Boston University describes the benefits of mindfulness meditation for anxiety and mood symptoms. In their meta-analysis of 39 research studies, individuals who practiced mindfulness meditation experienced reduced anxiety, grief, and depressive symptoms.

Everyone grieves in their own way, and moving on doesn’t have to mean leaving the loved one’s memory behind. As for Samantha: “Michael continues to live on with all of those who knew him.”

← Get Through a Bad Week
I felt a Funeral, in my Brain →