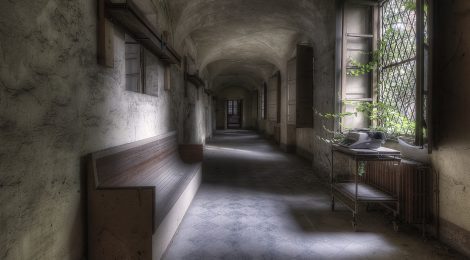 English artist Richard Dadd was well-known in the Victorian era for his supernatural and enigmatic illustrations. Some of Dadd’s best work was created while he was incarcerated in Bethlem Royal Psychiatric Hospital after his father’s murder in 1843. His most famous drawing, The Fairy Feller’s Master-Stroke, took nine years to complete. ← After While
I Will Follow You Into the Dark →