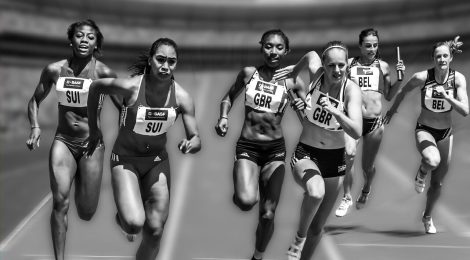 As profiled by the media during the Summer 2016 Olympics and Paralympics in Rio de Janeiro, doping is a problem that continues to plague sporting events worldwide. For the past half-century, international sports federations, including the International Olympics Committee (IOC), have tried to stop the infiltration of illegal substances into sports.

Despite harsh punishments, some coaches and athletes persist in employing banned drugs, such as stimulants and hormones, to improve performance. Through periodic drug testing, these federations monitor the substances that athletes consume. Educational programs and medical treatment also help athletes address drug use and the pressures of high-performance sports.

But is anyone paying attention to what athletes are not consuming?

Disordered eating behaviours are another tactic used to heighten performance. Although highly controlled eating practices can cause serious health problems, dangerous eating among athletes is not heavily monitored by sports organizations.

Disordered eating is defined as a spectrum of harmful and often ineffective eating behaviours used to lose weight or attain a lean appearance. When defining disordered eating, the American College of Sports Medicine uses a behavioural continuum that starts with healthy dieting among athletes, proceeding to more extensive weight or dietary restrictions, to passive or active dehydration (e.g., saunas), and end at the onset of diagnosable eating disorders. In an interview with the Trauma and Mental Health Report, Roy Cowling, Technical Director and Club Head Coach at North Toronto Soccer Club and volunteer for the Special Olympics Ireland and Special Olympics Great Britain, says that “involvement in organized and professional sports can offer a lot of benefits—improved self-esteem and body image, and encouragement to remain active throughout one’s life.”

But from his day-to-day interactions with clients who are training for professional sports, he thinks that athletic competition can cause severe psychological stress.

“The sports culture, with its emphasis on optimal or ideal body size or shape for best performance, is at many times an influencing factor in developing odd or abnormal eating patterns. Even extreme dieting or not eating at all.”

When the pressures of athletic competition are layered on top of an existing cultural emphasis on thinness, the risks increase for athletes to end up with disordered eating—a strong predictor that individuals may progress to an eating disorder (anorexia nervosa, bulimia nervosa, and binge-eating disorder).

In a study of Division 1 NCAA (National Collegiate Athletic Association) athletes, over one-third of female athletes reported pathological attitudes and symptoms toward eating, placing them at risk for anorexia nervosa. Although most athletes with eating disorders are female, males are not immune. Athletes competing in sports that tend to place an emphasis on diet, appearance, size, and weight requirements—such as wrestling, bodybuilding, running, and ‘anti-gravity’ sports (jumping sports where excess body weight is a disadvantage)—face more pressure to maintain a certain body weight.

Athletes are also at a higher risk than the general population of suffering harsh health consequences of eating disorders. According to Cowling:

“Athletes already exercise heavily, so their bodies and energy levels are depleted sooner and their health is heavily tested and challenged.” Doping is deemed harmful to an athlete’s health by sports federations and is monitored. So why aren’t eating disorders carefully screened? This question is particularly crucial, given that pathological eating behaviours, specifically anorexia nervosa, have the highest mortality rate of any psychiatric illness.

Cowling, through his work at the Olympics, says that it often boils down to time, resources, and ultimately, athletes’ willingness to speak out.

“Testing for illegal substances is a fairly quick and standard process, whereas inquiring about someone’s eating behaviours or dieting leaves a lot of room for misinterpretation. There’s no guarantee that the athlete is even going to be honest, since that could risk them getting excluded from the team or competitions. Plus, a lot of resources and training would have to go into properly screening for abnormal eating behaviours—something that international, and even national or local sports organizations, can’t be bothered with.”

Unless sports federations pay closer attention to this issue, the onus is on coaches who work closest with athletes to help keep eating and dieting behaviour in check.

← Living with a Mental Disorder
Rain →