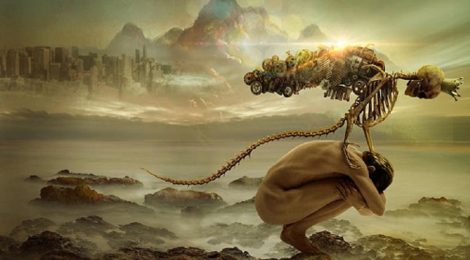 Debating Death—Should Those with Mental Illness have the Right to Die?

On June 17, 2016, Canada joined a handful of countries and several U.S. states in enacting assisted suicide legislation. Medical Assistance in Dying (MAID), also known as euthanasia, was passed into Canadian law as Bill C-14 in an effort to provide relief from unbearable suffering to those whose death is reasonably foreseeable.

Although having the choice to die brings relief to many individuals and their families, Bill C-14 does not cover those who wish to end their life due to an unendurable mental illness.

Being denied a legal right to assisted death for significant mental illness was the plight of 27-year-old Adam Maier-Clayton. Since childhood, Maier-Clayton suffered from unrelenting psychological disorders that robbed him of sustaining a reasonable quality of life. In an essay published in The Globe and Mail, he detailed the unrelenting pain his psychological disorder caused him:

“I’m not suicidal in the sense that I hate myself and I want to leave. I think this world is beautiful, but this amount of pain is intolerable… Some people are confined to lives of truly horrifying amounts of suffering that no amount of treatment can stop.”

Maier-Clayton lobbied the Canadian federal government to change the criteria that would allow people with severe mental illness to qualify for medical assistance in dying. His bid was not successful. Sadly, in April 2017, he took his own life.

Currently, the law in Canada excludes access to MAID for people suffering from psychological issues alone. For right-to-die supporter, author, and journalist Sandra Martin, this position is disrespectful to the severely mentally ill. In an article written for The Globe and Mail, Martin argued for what she believes is the best interest of the patient:

“We can’t leave it to vote-wary politicians and risk-averse medical associations to campaign for an equitable MAID law… We can’t wait for another constitutional challenge to recognize that not all suffering is physical. That struggle is Maier-Clayton’s legacy—and fighting for it might make a difference to you or somebody you love.”

Not having an available, safe, and medically supervised solution to dying does not prevent death. According to Dying With Dignity Canada, the absence of a legal and feasible option pushes individuals into making agonizing and expensive decisions. They must either take their own life or travel abroad to countries where assisted suicide is legal.

Despite the pressure to change MAID, lawmakers are taking a cautious approach to considering future regulation on right-to-die policies involving psychological disorders. Many mental health professionals and organizations meet this unhurried approach favourably, as they feel it is necessary to protect potentially vulnerable members of society who may recover.

The Centre for Addiction and Mental Health (CAMH) supports the Canadian government’s decision to painstakingly consider the implications of MAID for psychiatric patients. CAMH stated:

“CAMH recognizes that people with mental illness can experience intolerable psychological suffering as a result of their illness, but there is always the hope of recovery. In those rare cases where a mental illness may be determined to be irremediable, safeguards must be in place to make sure that an individual truly has the capacity to consent to MAID.”

On February 8, 2017, in a panel discussion jointly hosted by the University of Toronto Faculty of Law and CAMH, mental health professionals converged to dissect this multifaceted debate. In addition to the vast legal issues, they discussed the enormous ethical dilemmas inherent in right-to-die policies. Panel member Scott Kim, Senior Investigator at the National Institute of Health, summarized some of the ethical, moral, and legal issues at play, and cautioned against enacting policy without the appropriate research on euthanasia available. Kim emphasized the risk of human error in the medical profession in making this type of decision:

“Euthanasia is permanent… Even the most sophisticated psychiatrist does not have too much data to go on except their own experience and impressions to make these prognostic determinations.” Kim goes on to point out that wanting to die is often part of the mental illness manifestation itself, and with correct and consistent treatment, the desire to end one’s life may abate.

MAID currently requires a medical practitioner to support a patient’s resolve to die. The magnitude of such a permanent decision lies not only with the patient, but also with the medical professional. In an occupation that is obligated to ‘do no harm’, supporting the death of someone with a non-terminal illness, despite an intolerable life, appears contradictory.

Tarek Rajii, panel member and Chief of Geriatric Psychiatry at CAMH, has worked with patients that he knows may never recover. However, based on the current research available, Rajii remains hesitant about MAID for mental illness:

“We don’t know who will die suffering, we don’t know how to identify that person… If we are considering MAID as a form of treatment intervention, when there is very limited evidence, as a medical profession, do we introduce an intervention without enough evidence, that we don’t [fully] understand?”

With making the decision to end a life of psychological suffering, mistakes are not an option. There is no room for error; there is no reversal. And yet, how much suffering can one person endure? Ultimately, we are left with the realization that, despite the pain from devastating mental illness, hope for recovery cannot be ruled out.