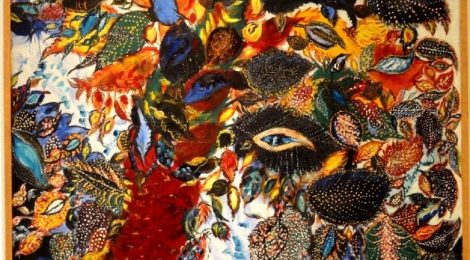 Séraphine Louis, whose life inspired the 2008 bio-pic Séraphine, is a self-taught French artist known for her intensely coloured ornamental floral paintings. Inspired by religious art and stained-glass windows, she began to paint in 1903 and attracted the patronage of renowned German art collector Wilhelm Uhde while working as his housecleaner. Séraphine suffered mental health issues throughout her life and, in 1932, following the Great Depression, she was admitted to an asylum for chronic psychosis where she remained until her death.