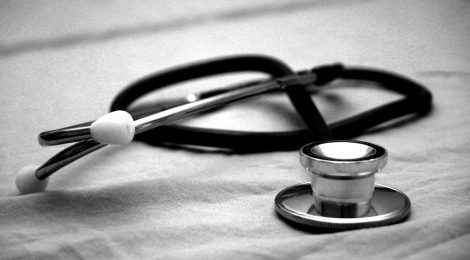 When Doctors are At-Risk for Suicide

They had known each other well enough in the early days of medical school, when they were students studying well into the night. After graduation, they went their separate ways, each assuming the other was doing well. “I wanted you to hear it from me,” a colleague sadly said on the phone. Dr. Ranjana Srivastava nearly fell to the pavement when she was told that her long-time friend and colleague—a clinician, wife, and devoted mother—had died by suicide.

Unfortunately, this is not the first that time Dr. Srivastava had to face the suicide of a colleague. In a piece she wrote for The Guardian, Srivastava explains:

“Forced smiles and tough hides abound in the workplace, where always being ‘fine’ is a badge of honour. This is why it can be so difficult to distinguish doctors who will indeed be fine from those who need help.”

Research shows a higher rate of mental health problems among physicians. A 2013 report estimates over 25% of doctors in Australia having at least a minor psychiatric disorder, with 10% reporting suicidal thoughts in the past year. A survey of 2000 U.S. physicians showed that roughly half believed they met criteria for a mental illness in the past, but had not sought treatment. And in Canada, recent research estimates over 26% of Canadian doctors suffer professionally due to poor mental health, with 20% of them reporting they had been depressed in the last 12 months. Overall, roughly 30% of physicians worldwide have depression or symptoms of it, according to an extensive review published in the Journal of the American Medical Association (JAMA). Why is this the case? The answer isn’t all that clear, but according to physician and social worker Katharine Gold and colleagues, stigma is to blame. Their research looked at survey responses of over 2000 female physicians, and it showed that stigma attached to mental illness is greater among medical trainees and physicians than in the general population. According to one respondent:

“I have been discriminated against in a department after disclosing my history of well-treated depression to my department chief.”

And this is not an isolated incident. Studies show that 50% of doctors are less likely to work with a colleague who has a history of depression or anxiety disorder, with four in ten admitting to thinking less of such a colleague. And throughout the years, healthcare organizations have favoured a punitive approach when addressing the issue of physician mental illness, rather than a supportive one. So disclosing mental health issues by a medical doctor can pose a real threat to licensing, career, and reputation, leading to reluctance to seek help.

“Getting care could mean problems for doctors. If they seek help for mental health issues and if someone decides they are ‘unstable’ and shouldn’t be seeing patients, that physician is out of a job and would have a really hard time finding another one. So instead, doctors suffer in silence.”

When deteriorating mental health makes it difficult to work, many physicians ignore their symptoms and continue to work anyway, often self-medicating with drugs or alcohol to avoid the perceived embarrassment of having a psychological disorder.

Steps are being taken to bring awareness. Many universities and medical organizations are starting conversations about physician wellness and stigma reduction. Physicians and medical students who have lived through suicide attempts, depression, and other mental health issues are standing up for themselves and each other. Likewise, organizations such as the American Foundation for Suicide Prevention and the American Medical Association have recommended reforming medical licensing questions to make it clear that physicians may get help without fear of negative consequences. Despite the growing support, Thomas Schwenk of the University of Nevada School of Medicine noted that change isn’t happening fast enough:

“A lot of [conversations about mental health stigma are] very difficult and very slow to happen, and unfortunately tragic incidents like the two suicides in Quebec and other suicides across the country are still occurring because it’s taking time to change that culture.”

There are some resources available. In Canada, organizations like Physician Health Program and the Canadian Medical Association provide a range of direct services for physicians and medical students at risk of, or suffering from, substance use, psychiatric disorders, or occupational stress. The interventions offered can include awareness workshops, referral to treatment, and monitoring, all while maintaining confidentiality. Also, online resources such as ePhysicianHealth and Combating Stigma are available.

Most solutions exist at a personal or program level, but the problems are pervasive and affect the entire structure of healthcare education. According to Katuna:

“The culture of medicine should undergo amazing and radical transformations. We need to redesign how we implement medical education.”

Systematic problems require systematic solutions and until then, medical professionals remain at risk.

← The Surprising Science of Happiness
I Don’t Grieve, I Shatter →