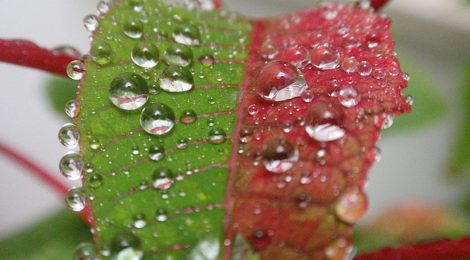 In a busy urban community church, Reverend John Tahir, a parish minister, enjoys many moments helping and advising members of his congregation. One of his more meaningful responsibilities is counselling young couples, providing marriage education to them with the hopes of preparing them for this new chapter in their lives. The importance of this task is not lost on Tahir, as he knows far too well that significant issues such as money, boundaries, and lack of communication to name a few, can result in marital challenges. The reality is that marriage can be a rather difficult journey. Dr. Gary Chapman’s book, The Five Love Languages, examines marital discord resulting from a lack of effective communication. The premise is that every person enters a marriage with their own definition of what love means. As a result of these inevitable differences, people have distinctive love languages. According to Chapman, problems in marriage arise primarily because people often expect their spouse to demonstrate love in a way that is compatible with their own love language.

It is not hard to imagine that living with a spouse struggling with a mental health disorder only adds to the complexities of marriage. The divorce rate varies among mental health disabilities because each condition presents its own unique challenges. For example, those who have phobias and obsessive compulsive disorders have a much lower divorce rate than affective disorders such as bipolar disorder and depression. Though there are four different types, bipolar disorder is characterized by drastic mood shifts with either manic or depressive episodes. Those with this affective disorder can experience high, elated, and energized moods while experiencing hopeless and depressive ones at other times. It is interesting to note that the divorce rate of those with bipolar disorder is very high—approximately double the rate of the general population.

In an interview with the Trauma and Mental Health Report, Brian (name changed for anonymity) shares his experience of having bipolar disorder:

“It’s been hell struggling with suicidal thoughts every day. I’ve lost a sense of joy and optimism.  I find it difficult to complete even regular daily activities.”

Brian’s struggles have taken a great toll on Christina, his wife. Spouses of individuals with bipolar disorder, like Christina, may be at increased risk of stigma, stress, depression, psychiatric symptoms and a decreased quality of life:

“My life revolves around my husband. I’ve taken on a lot of additional responsibilities and it has affected my physical and mental wellbeing.”

Christina recalls being late for a recent meeting because she was afraid that her husband was going to kill himself:

“I didn’t feel comfortable leaving him at home that day. I had my mother-in-law come over so that I could attend my meeting.”

The relational interaction between spouses, where one is a patient and the other a caregiver, can contribute to additional marital challenges. Research suggests that neither patients with bipolar disorder, nor their spouses were accurate in describing each other’s experiences and concerns when it came to the impact of the disorder on their lives. These differing perspectives can lead to marital difficulties because each partner’s thoughts and feelings are misunderstood and challenged. The issue speaks to a lack of effective communication, which Chapman believes can contribute to the breakdown of the relationship.

Christina: “I feel frustrated and helpless due to the lack of support and guidance from medical professionals. I have to constantly fight for Brian to receive proper treatment.”

Brian: “I have first-hand experience as a patient. When I’m in the hospital, I feel like I lose my identity as an individual. I am treated as just one among many other patients with a mental illness.” Lack of effective communication appears to be a common theme in all marital problems, which becomes further impaired when coping with the difficult challenges associated with bipolar disorder.

In his book, Chapman asks:

“Could it be that deep inside hurting couples exists an invisible ‘emotional love tank’ with its gauge on empty?…If we could find a way to fill it, could the marriage be reborn? With a full tank, would couples be able to create an emotional climate where it is possible to discuss differences and resolve conflicts? Could that tank be the key that makes marriage work?