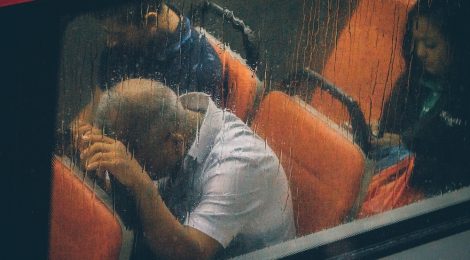 When a Subway Passenger Dies by Suicide, Workers Suffer Too

In an article in a Canadian daily, The Globe and Mail, Oliver Moore reported that during 2016, 21 suicide attempts occurred on Toronto’s subway system. In fact, a study published by the Journal of Urban Health considers suicide on subway platforms to be a public health issue.

Subway delays by attempted suicide not only affect passengers, the victims and their families, but drivers as well. Subway workers and drivers who have witnessed a suicide have been reported to have Post-Traumatic Stress Disorder (PTSD). Research suggests that those exposed to human-generated traumatic events have a greater chance of developing PTSD.   In an interview with Vice Magazine, psychologist Wilfried Echterhoff discussed the long-lasting psychological trauma workers face when confronted with a death on the worksite: In an interview with the Trauma and Mental Health Report, Robert (name changed), a retired subway worker with over 30 years of experience, described an incident he faced while working:

“One Saturday afternoon maybe around 11:00 a.m. or 12:00 p.m., I witnessed a lady jump off the subway platform. I needed to go upstairs and tell my supervisor and my supervisor told me that my face was all white. They kicked everyone out and only the police and ambulance were allowed to come in.”

Nik Douglas, a train driver who worked for the Northallerton subway station in the UK, noted in an interview with The Independent:

“When I was on my own I’d burst into tears for no reason, I found sleep hard and I’d have flashbacks during the night and day. I could be in a room full of people with a really good party atmosphere but feel alone and isolated. That’s one of the biggest things I remember, feeling alone… It changed my life instantly from who I was to what I have become. Some people aren’t affected, but two years after it happened I’m still not the same person.”

In deciding what was best for his mental health, Nik took six months off work to deal with his PTSD. Recent studies suggest that in Canada, 6.5% of subway workers have been absent from work due to witnessing suicides while working. Last November, this rate was at its highest with 7.44% of employees absent. Some employees are unable to return to work altogether and opt to receive compensation from their employers.

Nik experienced intrusive distress and feelings of isolation. Kevin, a 39-year-old subway driver expressed his feeling of being responsible for the suicide of a man:

“When he looked at me and our eyes met, time just stood still. It felt like driving your car over railroad tracks, that rumbling feeling you get … I realized then that I just killed somebody.” In his years of working at the subway, Robert explained the brief protocol subway workers go through once they have witnessed a suicide:

“The subway drivers have to talk to the police after that happens. They always have to stay and give a statement. Then they’re taken off duty for that day. Then they get sent home or to counselling. It depends on what the driver wants to do. It just started recently in the last five or six years.  The company asks if the drivers want to speak to someone.”

In addition, intervention programs, including the Gatekeeper Program, exist for those who are feeling suicidal.  However, interventions put in place for subway workers who experience suicides are rare. Most workers deal with the effect of these experiences on their own. In Robert’s words:

Social support is argued to be one of the most powerful factors in recovering from PTSD and is known to decrease risk for depression, foster resilience, and reduce stress in those who have experienced traumatic events.  Mindfulness-based stress reduction therapy has shown to reduce stress and increase recovery in those with PTSD.

← Turning Blue
Between Parent and Child →