Do you want weekly updates about our content? Subscribe here:
Browse: Home   /   2018   /   November   /   The Hidden Struggles of Animal Rescue Workers 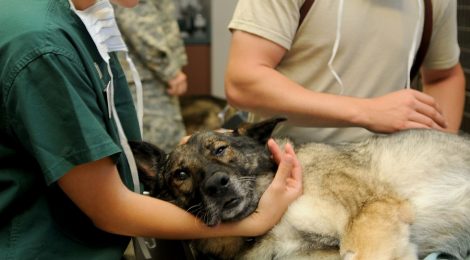 During the civil war in Syria, veterinary surgeon Amir Khalil from the charity organization Four Paws International, travelled to Aleppo to rescue surviving zoo animals. Before the war began, the zoo was home to around 300 animals, yet by July 2017 only 13 remained. After months of intense negotiations with the Syrian and Turkish governments, local factions and warlords, and two dangerous rescue missions later, Khalil managed to save all 13 animals. Prior to this rescue, Khalil had rescued animals from conflict zones in Libya, Gaza and Iraq.

When tragedy strikes, most people think about the potential harm done to human lives. However, many care deeply about animals and are willing to put their lives at risk to save them. In fact, during Hurricane Katrina, of those who did not evacuate their homes, 44% did so because they did not want to abandon their pets.

Research has even shown that there are some circumstances in which people chose to save pets over humans. One study showed that 40% of people chose to save their own pet over a foreign tourist. Another study showed that when presented with a fictional news story, people cared more about crimes involving dogs and children than adults. A possible reason for this surprising finding was likely due to the vulnerable nature of animals. In fact Khalil felt compelled to rescue many animals in the past simply because the zoo animals were dependent on humans. In an interview with The Telegraph, he explained:

“Humans have the option to escape, but animals caged in a zoo don’t have this option. It was humans who brought animals to these places. They cannot speak, they have no political agenda, but they are messengers from the darkness, they bring hope.” Other animal rescue workers express similar sentiments. Darren Grandel, Deputy Chief of the investigations department at the Ontario Society for the Prevention of Cruelty to Animals, explained in an interview with the Trauma and Mental Health Report (TMHR) that the most difficult part of his enforcement work is witnessing innocents being harmed:

“The animals, all the time, are the innocents. It’s not that they’ve chosen to engage in a type of activity that can harm them. The humans have done it to them. So a lot of the time you’re seeing innocent animals being harmed, sometimes in very horrific ways, in ways that you couldn’t imagine someone hurting another living thing. It can be very, very traumatic.”

When working on rescuing animals such as in the wake of a natural disaster, a similar type of trauma can be experienced.  In a TMHR interview, Miranda Spindel, a veterinarian with 19 years of experience, including a decade with the American Society for the Prevention of Cruelty to Animals explained:

“On deployment, you are typically away from home and often working in conditions that are less than ideal. Sometimes, there are animal owners as well as animals involved, who may have experienced very stressful and emotionally challenging situations and require skilled and compassionate care, too. Often the work is physically as well as mentally challenging.” Animal rescue work, though important, severely affects the mental health of these individuals. Humanitarian aid workers and first responders report high rates of depression, anxiety and PTSD. Animal rescue workers occupy similar roles, rescuing and proving aid to animals in distress and likely experience similar mental health problems. And, according to a study in the American Journal of Preventative Medicine, those in protective service occupations, including animal control workers, have the highest rate of suicide, at 5.3 per million workers.

Veterinarians and others individuals who work with animals also experience high rates of compassion fatigue. Compassion fatigue, also known as vicarious traumatization, refers to stress symptoms that result from providing care and empathy to humans or animals in distress.

Janice Hannah, Campaign Manager of the International Fund for Animal Welfare’s Northern Dog Project described one such experience in a TMHR interview:

“I remember visiting a rural shelter. The dogs were literally stuck in a poop filled fence, cold, wet and hungry. That was the end of shelter work for me – I had been to so many similar shelters around the world and am reminded of the sadness felt in those situations. Though those feelings dissipate over time, it never goes fully away. You end up building up more and more sadness and discomfort around all the animals that you see but can’t make a tangible difference about the circumstance.

There are some programs in place, such as support groups and internal services within organizations to help animal rescue workers recover from trauma. Yet, more needs to be done to better help individuals who have dedicated their lives to helping animals. Increased peer support and open communication without fear of stigma are required to better help individuals with mental health problems. Spindel emphasizes that preventative measures are equally important:

“Whether or not workers are suffering from mental health issues, the circumstances are generally enough, in my opinion, that mental health services and resources should be made available as a matter of routine. Trained support during the deployment – or even before – not just debriefing afterward – seems critical to building resiliency for this type of work.”

From enforcement officers to veterinarians, many different professionals work selflessly to rescue innocent animals from harm. With greater support services, these individuals will be better able to cope with the stresses of their job, enabling them to better help animals in need.

← Caged Bird
The Horrors of War →