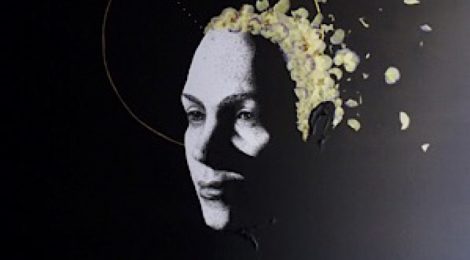 Billy Byrne from London, United Kingdoms, is an up-and-coming artist with a uniquely surreal approach. He has displayed his work in various galleries including The Crypt and the Crows Nest and through regular work with Artistic UK. Behind this talent, there is an individual who is open about his experiences with mental illness and autism. For Billy, art is therapeutic and has enabled him to embrace his struggles to produce brilliant artwork. He states:

“I only found out I was mildly autistic 3 years ago, up to that point I had all the usual struggles, only without knowing why I was having the struggles. I would often have struggles in the workplace, and since I found out I kind of have just been coming to terms with it really, and I felt compelled to change my art themes. I use mental health as the basis of my concepts” He describes his work as being interested with the complexities of being human, the struggles and the contradictions. The beauty, and simultaneously, the dark wells of the mind.The death is embodied through feelings of decay, depression and sadness. On his personal artist page, Billy states:

“Embalmed in permanent stasis, the use of real flowers and leaves in these pieces reflect the complexities of being human… The pieces are named after medications for various mental health disorders, which are reminiscent of names of Greek gods/latin stories, as if the figures depicted in my work form my own pantheon of gods, the gods of mental health”