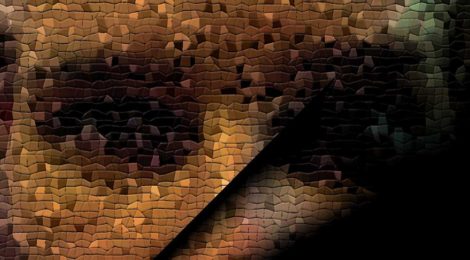 Ayahuasca and its Potential to Treat PTSD

In recent years, the use of psychedelics in treating PTSD have gained notice in the scientific community.  Past studies on the effectiveness of psychedelics such as lysergic acid diethylamide (LSD), methylene dioxin methamphetamine (MDMA), dimethyltryptamine (DMT) and Psilocybin (mushrooms) have shown some efficacy in treating various mental health conditions. Ayahuasca brew, which contains DMT, is a popular alternative for those with PTSD who have tried more traditional treatments such as therapy and medication unsuccessfully.

Ayahuasca is used by numerous indigenous tribes throughout the Amazon Basin for both medical and ritualistic purposes. It has gained some popularity among North American scientists, physicians and lay people interested in its spiritual, psychological and medicinal benefits. For the indigenous people of Bolivia, Brazil, Colombia, Ecuador, Guyana, Peru, and Venezuela, Ayahuasca is used for healing ailments and is viewed as a means of connecting with one’s soul.

Ayahuasca is a mixture of Chacruna leaf, Chagropanga vine, Ayahuasca vine and assorted admixture plants. Once ingested, it affects the human consciousness starting approximately half an hour after consumption and its effects last about six hours. In some cases, individuals experience significant psychological stress, increased heart rate and higher diastolic blood pressure during the experience. These potential side effects raise concerns for those being treated. The psychedelic effects of Ayahuasca include visual and auditory hallucinations, the mixing of sensory modalities, and psychological introspection that may lead to great elation, fear, or a sense of illumination. The visual hallucinations have been reported to begin with intense light shows swerving in and out of one’s field of view. Regardless of whether eyes are closed or open, these visuals persist and eventually turn into images, from gods to snakes to anything else imaginable. Though many seek Ayahuasca to treat a variety of mental health issues, the experience is often unique to the individual.

Nicole Anders, a clinical psychologist who specializes in PTSD, discussed the topic in an interview with the Trauma and Mental Health Report:

“I have sat in a ceremony with Ayahuasca twice. The first time it was a transformative, positive and beautiful experience, which allowed me to grieve the loss of my mother. I felt so much love. The second time was dark, scary and felt defragmented. I felt like I was dying.”

When ingesting Ayahuasca brew, individuals will very likely experience a wide variety of symptoms that include dizziness, weakness, tremors, abnormal sensations, nausea, and altered consciousness. Intense vomiting and occasional diarrhea, known as “the purge”, is also common, and is considered by many shamans and experienced users of Ayahuasca to be an essential part of the experience. And many who have consumed the substance report a kind of “spiritual awakening.” Ayahuasca can be dangerous, as it might increase the risk of having a manic episode in people with bipolar disorder or a family history of the disorder. And, excessive use can lead to serotonin syndrome, especially when used in conjunction with SSRIs. A few deaths due to the consumption of Ayahuasca have also been reported. These deaths may have been due to unscreened pre-existing heart conditions; interactions with other drugs, such as antidepressants, recreational drugs, caffeine, or nicotine; or the result of improper use.

However, there is some research suggesting positive therapeutic benefits of ingesting Ayahuasca. One study found that a single dose of Ayahuasca had rapid, sustained antidepressant effects in patients with recurrent depression who had not responded well to medication in the past. In another study examining a six-month evaluation of the ingestion of Ayahuasca on psychiatric symptoms, results showed improved mental health, and a change in attitude towards emotional independence.

Clinical investigations pertaining to possible applications in treating mental illnesses have been scarce due to legal and technical challenges. As with any medication, adverse side effects are always possible, yet Ayahuasca’s potential to work as a psychiatric drug, especially for those who have had little success with conventional treatment, is worth exploring.

← To The Bone
The Catcher in the Rye →
Tweets by @TraumaReport