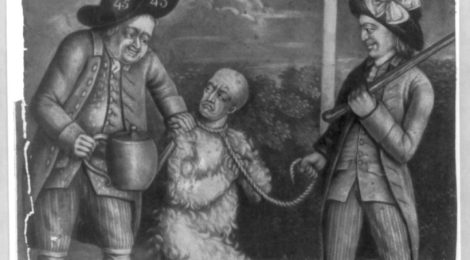 Online Humiliation and the Shame it Brings

A form of modern-day witch hunt, the penchant to persecute others has shifted from public shaming to online shaming. The luxury of the digital-era is that we have an open-forum to speak our minds. It is not uncommon to scroll down the comments on a blog or social media post, and witness complete strangers name-calling, outsmarting, and belittling one another.

The psychological toll that cyber-bullying leaves on victims is well researched, and is usually described as youth-driven. But it seems no age group can avoid the impact of social media harassment and the psychological toll this form of shaming can bring. Online shaming is not confined to a small niche of individuals. And the extent to which people choose to respond to being slighted may blur the line between isolated expressions of dissatisfaction to full-on vigilante justice. Sara (named changed for anonymity), a childhood friend of mine, was featured in a viral video that captured an out-of-context argument she was having with a stranger. Sara has battled with her mental health since I have known her. The short clip shows Sara using aggressive and vulgar language and quickly blew-up all over social media. Not long after, her personal information was made public to web-surfers, who then took it upon themselves to organize a rally. These vigilantes went to her parents’ home and held picket signs while uttering death threats. Soon after, Sara’s workplace released a statement notifying the public that she had been fired for misconduct. I cannot find Sara anywhere. It is likely she has changed her name, her place of residence, and perhaps even her appearance to avoid public scrutiny.

Exposure of personal information is known as doxing. When a victim becomes a target by an online mob, not only can they suffer physically, they can also face psychological trauma. A study on doxing revealed that when any form of personal information is spread publicly, the victim feels depressed, anxious, and stressed. Another study surveyed 1,963 middle-school students in the United States on their experiences with online harassment. Whether the youth in this study had been bullied or had acted as bullies themselves, they showed an increased risk for suicidal ideation.

Some would argue that, under certain circumstances, there is justification to release personal information when an individual has violated the law or public normality to an extreme extent. Sex-offenders lists are often accessible as public domain.

In 2018, the province of Ontario in Canada updated their drinking and driving laws. Law enforcement will now post the names online, of individuals who have been charged with impaired driving, even if they have not been convicted. When information is presented, whether factual or fictional, people are prone to cognitive biases, and even if the breathalyzer or eye-witness is inaccurate, individuals will most likely recall the initial claim.

We are witnessing the evolution of public humiliation to reinforce justice, both actual and vigilante, and are reforming a mob-mentality in which persecution becomes an open invitation to shame.

← On The Train Ride Home
Out of Bounds →