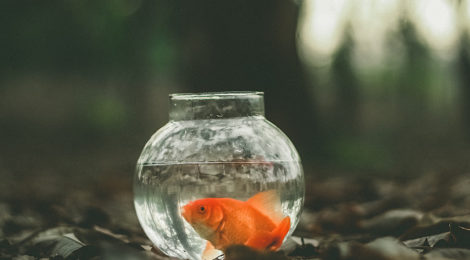 “Out of Bounds” is a short animated film created by Viktoria Piechowitz in 2014 by The Animation Workshop in Denmark. The film highlights a young man named Alan who has autism as well as agoraphobia and obsessive-compulsive disorder. Agoraphobia is a type of anxiety or panic disorder that causes individuals to avoid anxiety-provoking situations often associated with places. Typically, in popular media, a person with agoraphobia is depicted as someone with the fear of the outside world, as in Alan’s case. The film demonstrates Alan’s fears about going outside. It begins with him speaking about his connection to his pet fish named Paul. When Alan’s package of fish food is delivered to the wrong house, the woman across the street, he is forced to step outside and go speak to his neighbour for the risk of losing his fish Paul, who has run out of food. Throughout the film, you see Alan depicted in many different situations that cause him anxiety. This animation captures Alan’s anxieties with visuals on what he is thinking and feeling as he is experiencing anxiety-provoking thoughts or situations.

← Online Humiliation and the Shame it Brings
The Strange Case of Dr. Jekyll and Mr. Hyde →